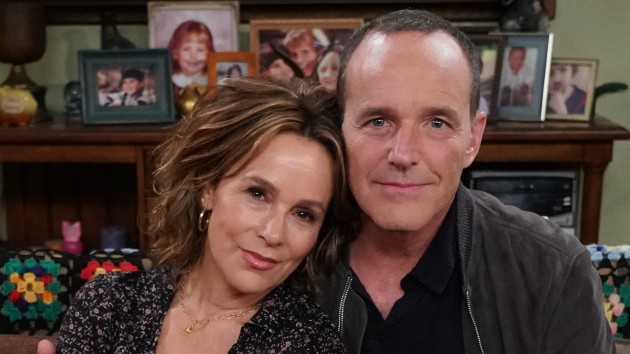 Alongside a photo of them embracing, the former couple wrote, “After 19 years together, we separated in January, knowing we’d always be a family who loves, values and cares for each other,” the statement began.

“We recently made the difficult decision to divorce, but we remain close and are deeply grateful for the life we’ve shared and the wonderful daughter we’ve raised,” they continued.

Their statement ended with a P.S. in which they wrote, “Totally crying as we post this.”

The couple previously starred in the 2006 Lifetime TV movie Road to Christmas together.

Grey won season 11 of Dancing with the Stars in 2010 and Gregg currently plays Agent Phil Coulson in ABC’s Marvel’s Agents of S.H.I.E.L.D., as well as in several films in the Marvel Cinematic Universe.