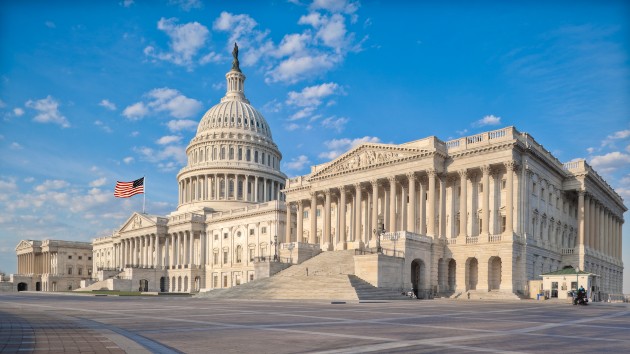 By CHEYENNE HASLETT and ALLISON PECORIN, ABC News(WASHINGTON) — While America’s financial leaders may be split about whether the U.S. is on its way to economic recovery, both Democrats and Republicans largely agree that additional measures — including another stimulus package — is inevitable.It will all have to wait, however, until after Congress returns from its Fourth of July recess, a two-week vacation that leaves legislation at a standstill. As the legislators depart, here’s where things stand:Bipartisan action in the nick of time on PPPOne play by the Democrats moved off the Senate floor this week: an extension to the Paycheck Protection Program, which expired at the end of June under current law.PPP, which still had $134 billion to give even as the deadline neared, has undoubtedly been plagued with flaws. But rather than let the deadline for small businesses to apply for the program pass while Congress is on vacation, the extension means businesses can continue to apply through August.In the meantime, Republicans and Democrats have batted around ideas to fix the program, which has doled out more than $513 billion in forgivable loans since it was launched in April.Senate Small Business Committee Chairman Marco Rubio, R-Fla., argued that many small businesses that needed PPP have already gotten it — and used it up.

Lack of diversity in higher learning can be a problem for diverse student bodies
New legislation would require women, like men, to sign up for potential draft
Paralyzed man uses exoskeleton suit to get down on knee to propose to girlfriend
Whoopi Goldberg joins film on Emmet Till’s mother; Marla Gibbs & Jackée Harry to reunite on ‘Day of Our Lives’ & more
Bada Bing! ‘Monopoly: The Sopranos Edition’ is here
Clara McGregor shows off fresh face, a month after dog bit her