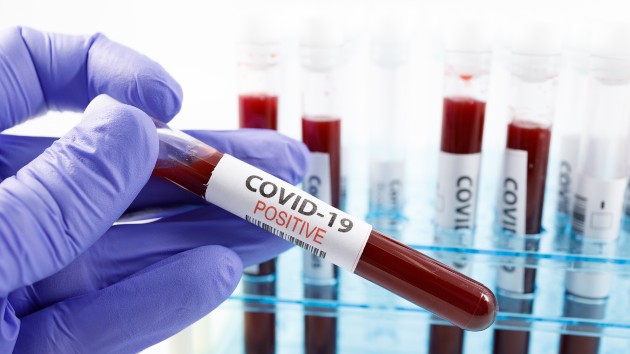 By MORGAN WINSOR, ABC News(NEW YORK) — A pandemic of the novel coronavirus has now killed more than 516,000 people worldwide.Over 10.6 million people across the globe have been diagnosed with COVID-19, the disease caused by the new respiratory virus, according to data compiled by the Center for Systems Science and Engineering at Johns Hopkins University. The actual numbers are believed to be much higher due to testing shortages, many unreported cases and suspicions that some governments are hiding the scope of their nations’ outbreaks.Since the first cases were detected in China in December, the United States has become the worst-affected country, with more than 2.6 million diagnosed cases and at least 128,062 deaths. Here’s how the news is developing Thursday. All times Eastern:

9:30 a.m.: West Hollywood will charge you $300 for not wearing a maskAs the coronavirus infection rate increases in California, those not wearing masks in West Hollywood will be charged $300 — a $250 fine and $50 fee — for the first-offense, according to the Los Angeles County Sheriff’s Department. “Our last option was to conduct enforcement by issuing an Administrative Citation, but the risk to Community health is too great,” the department said Wednesday night.In Los Angeles County, 1 in 140 people are estimated to be infected, Los Angeles Mayor Eric Garcetti said Wednesday. Garcetti said the infection rate could be as high as 1 in 70 in the upcoming weeks.

7:29 a.m.: FDA chief details response plan amid rising casesThe head of the U.S. Food and Drug Administration said they are working to get more personal protective equipment and testing supplies to areas of the country where coronavirus infections are on the rise. “We are seeing rising cases, particularly in the south and the west,” Dr. Stephen Hahn told ABC News in an interview Thursday on Good Morning America.Hahn, who is also a member of the White House coronavirus task force, said one advantage the country has now that it didn’t earlier in the year is the newly-authorized experimental therapeutics, such as the antiviral medication remdesivir. There’s also convalescent plasma therapy, a century-old technique used for treating epidemics in which the blood plasma of patients who have recovered from a disease is transfused to those who are still infected.Some 28,000 people infected with COVID-19 in the United States have been treated with convalescent plasma, according to Hahn, who urged those who have recovered from the virus to donate their plasma. “We will eventually get beyond this pandemic,” he said. “We have a lot of therapeutics, we have vaccines in the pipeline.” The FDA has granted authorization for four separate vaccine candidates to proceed with clinical trials. Two of those potential vaccines are expected to begin the late state of trials later this month, according to Hahn. “We are on target to reach a vaccine by year’s end or early next year,” he added, “so I’m cautiously optimistic.”Hahn advised people to continue washing hands frequently as well as practicing social distancing and, when that’s not possible, to wear a face mask. “These are common sense things as we head into the Fourth of July weekend that we can do to stop the spread of the COVID-19 virus,” he said.

6:02 a.m.: Oregon sees highest single-day jump in casesOregon health officials announced Wednesday the highest single-day jump in coronavirus cases that the state has seen since the start of the pandemic.The Oregon Health Authority said 281 new cases of COVID-19 were identified on Tuesday. About 75 percent of recent cases were patients under the age of 50.However, since hospitalization is less common among younger patients infected with the virus, statewide hospital capacity is “sufficient for now,” the Oregon Health Authority said in a statement Wednesday.

5:29 a.m.: US testing supply chain is under strain, FEMA memo saysThe coronavirus testing supply chain in the United States is under strain with demand for tests outpacing supply, according to an internal daily memo from the Federal Emergency Management Agency.Meanwhile, intensive care units in Utah are at 65% capacity and hospitals around the state could reach capacity within two weeks. Utah reported 3,754 new cases of COVID-19 last week, a 13.8% increase from the previous week. Planning is underway to increase ICU capacity and to prepare for patient transfers during a surge, according to the memo obtained by ABC News.In Hawaii, a bus driver who tested positive for COVID-19 in Honolulu on June 28 continued working for five days while feeling sick. Health officials there are working to trace anyone who came in contact with the driver during that time, the memo said. 4:36 a.m.: 4-month-old baby hospitalized for coronavirus in Alabama, officials sayA four-month-old baby who is infected with the novel coronavirus has been hospitalized in Huntsville, Alabama, according to local ABC affiliate WAAY-TV.Huntsville Hospital for Women & Children CEO David Spillers told WAAY the infant is their youngest COVID-19 patient.”I think that probably the news today is we now have five children that are COVID positive that are in the hospital, so if you think this doesn’t affect young people it actually affects young people,” Spillers said during a press conference Wednesday. “Some of those children are only months old. So it’s the first time we’ve seen that during the pandemic.”Spillers said he’s concerned about how the children contracted the virus. One of the young patients is a 4-year-old who has been receiving cancer treatment and is now positive for COVID-19.”I feel very confident the outcomes will be good for those children,” he said. “We haven’t seen that before, and I think it’s just a direct result of more COVID in the community and people engaging around children and infecting them.”For those who are against wearing face masks, Spillers had this message: “I challenge people who resist wearing face coverings to think about this the next time you resist wearing face coverings. Anybody can have COVID. Anyone can give COVID to anyone else because in many cases you could be asymptomatic. If the thought of you accidentally giving COVID to someone, particularly a child with cancer, is not enough reason to put on a face cover, then I don’t know what is.”A growing number of Alabama cities are making face masks mandatory, but Huntsville isn’t one of them. Huntsville Mayor Tommy Battle told WAAY he thinks that mandate will come at some point in the future.

3:32 a.m.: US reports record-high number of new cases in a dayMore than 50,000 new cases of COVID-19 were identified in the United States on Wednesday, according to a count kept by Johns Hopkins University.It’s the first time the United States has reached or crossed the 50,000 threshold of new diagnosed cases in a single day.Wednesday’s caseload shattered the country’s previous record set on June 26, when more than 45,000 new cases were identified.The national total currently stands at 2,686,582 diagnosed cases with at least 128,062 deaths, according to Johns Hopkins. The cases include people from all 50 U.S. states, Washington, D.C., and other U.S. territories as well as repatriated citizens.By May 20, all states had begun lifting stay-at-home orders and other restrictions put in place to curb the spread of the novel coronavirus. The day-to-day increase in cases then hovered around 20,000 for a couple of weeks before shooting back up to over 30,000 and then crossing 40,000 last week.Nearly half of all 50 states have seen a rise in infections in recent weeks, with some — including Arizona, California and Florida — reporting daily records.