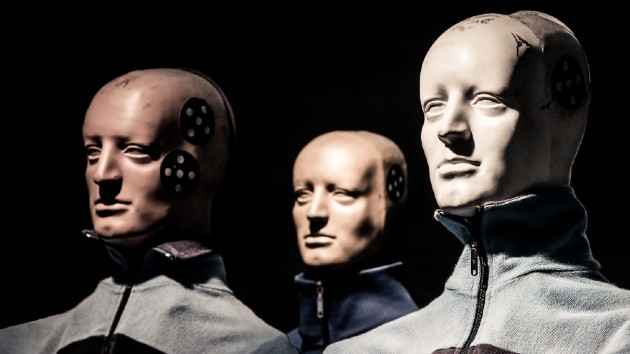 More specifically, a TikTok user named Kelly Sipos was re-watching the show when she spotted something weird: lifeless “fans” used to fill in crowd scenes.

“I noticed…there are dummies in the crowd,” Sipos said, showing video proof of the multiple mannequins, which were dressed — and wigged — to look sort of like the kind of humans that would rock out to those kids from William McKinley High School.

Sipos giggled as she looks through the crowd, which was from an episode called “Thanksgiving.”  She joked, “I feel like I’m in the House of Wax.”

The simulated seat fillers were being used to “pad” the size of the crowd, obviously, but why nobody noticed them before is likely because of the high-definition TVs that weren’t around when Glee was on the air: simply put, the higher the resolution — and the wider the screen — the easier it is to pick up on things the producers didn’t want you to see.

Incidentally, when Friends came to DVD, something similar happened: fans were able to spot stand-ins for Courteney Cox and Jennifer Aniston that they never noticed when the episodes ran on TV previously.

Jill Biden cheers on Team USA as Olympic Games get underway in Tokyo, Japan
Washington state deputy shot and killed in the line of duty
What to know about antibody tests in a post-vaccine world
Missouri county’s order reinstating mask mandate amid delta surge met with challenges
What is a Golden Slam? Novak Djokovic looks to make men’s tennis history with Olympics
Lack of diversity in higher learning can be a problem for diverse student bodies