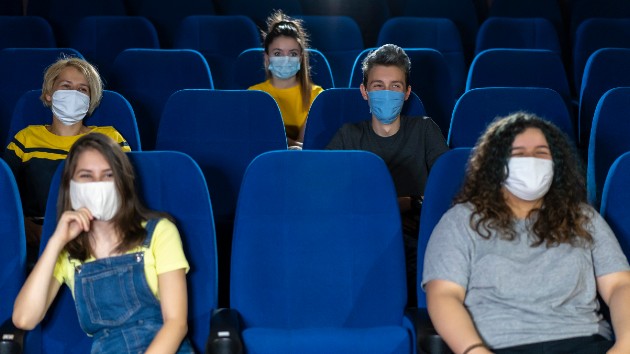 (LOS ANGELES) — Following a similar decision by chain AMC Theatres, Regal Cinemas has decided to delay the reopening of hundreds of its COVID-19-closed movie theaters.

Cinemark Holdings, which owns the Regal chain of hundreds of venues in the U.S., began limited openings in June, and had planned to open most of its theaters by July 17.

However, The Hollywood Reporter explains, when Warner Bros. and Disney, respectively, decided to bump the release dates of Tenet and Mulan, the chain decided to delay theater openings a further week, to July 24.

Tenet is currently set to open August 12, and Mulan on August 21. The releases of both films have been delayed twice due to the pandemic.

AMC similarly announced it, too, would delay the openings of its theaters nationwide; they will now open July 30.

After initially declaring that masks wouldn’t be required for patrons, AMC changed course ten days ago and said guests wouldn’t be allowed into theaters if they weren’t wearing them.  Regal recently announced a similar change.