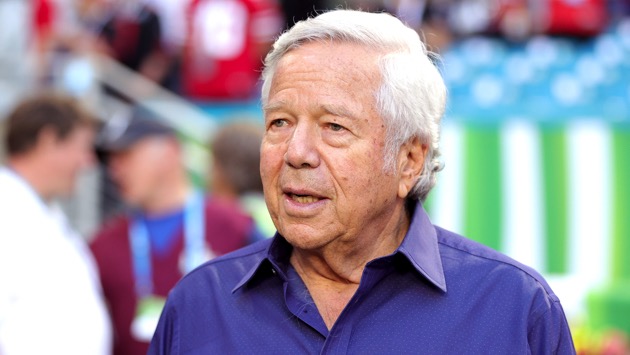 By IVAN PEREIRA, ABC News(WEST PALM BEACH, Fla.) — Prosecutors will appeal to a Florida judge via a video conference Tuesday morning to allow key evidence in the solicitation case against New England Patriots owner Robert Kraft.Kraft, 79, was hit with misdemeanor charges last year after investigators say he was recorded twice paying for sex acts with workers at a Orchids of Asia spa in Jupiter, Florida. Two dozen other clients were also charged as part of an investigation into the spa over alleged sex trafficking.In May 2019, Palm Beach County Judge Leonard Hanser ruled that prosecutors could not use undercover police videos taken from inside the spa as evidence during the trial. He said police did not do enough to protect the privacy of all the spa’s customers.Prosecutors contend Hanser erred in his decision and the warrant was issued legitimately after detectives spent days collecting evidence that the spa was a front for an illegal sex trafficking and prosecution ring.“That the spa was regularly used as a brothel is confirmed by the small percentage of recorded massages that ultimately appeared lawful,” Deputy Solicitor General Jeffrey DeSousa wrote in court papers.Attorneys representing Kraft, who apologized for being caught up in the spa’s investigation, argue that the use of the footage would hurt the civil liberties of Florida residents.The appeal will be livestreamed on the Florida Fourth District Court of Appeal’s site.Copyright © 2020, ABC Audio. All rights reserved.