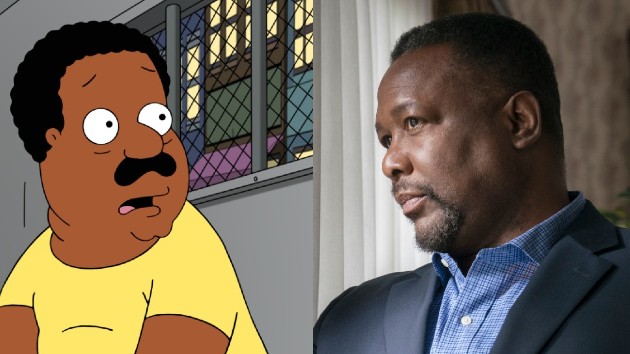 (LOS ANGELES) — With Mike Henry, a white voiceover actor stepping down from playing African American character Cleveland Brown, actor Wendell Pierce has thrown his hat into the ring to fill the void.

Henry voiced the soft-spoken character for 20 years, on both Family Guy and its spin-off, The Cleveland Show. Last week he announced he had resigned, saying in part, “persons of color should play characters of color.”

Pierce, the African American actor from show’s like HBO’s acclaimed Treme and Amazon’s Jack Ryan series, went viral, after tweeting, “Now that Mike Henry has consciously given up the role…I am publicly starting a campaign to voice the role myself on The Cleveland Show.” He finished with the hashtag #WendellIsCleveland. His post was liked more than 25,000 times as of Monday morning.

With Henry’s decision came a statement from The Simpsons that its black characters — including Dr. Hibbert and Lou the cop, played for decades, respectively by Harry Shearer and Hank Azaria — would be voiced by Black actors going forward.

Azaria stepped down last year from voicing Apu Nahasapeemapetilon, the Indian American convenience store owner he’d played since the long-running show began. In recent years, the casting choice came under harsher light, with a documentary called The Problem with Apu letting Indian Americans voice their concerns that the character traded in harmful stereotypes.

Also around the time of Henry’s decision came word that both Kristen Bell and Jenny Slate, who are white, would no longer voice their bi-racial cartoon characters in, respectively, Apple TV’s Central Park and Netflix’s animated series Big Mouth.