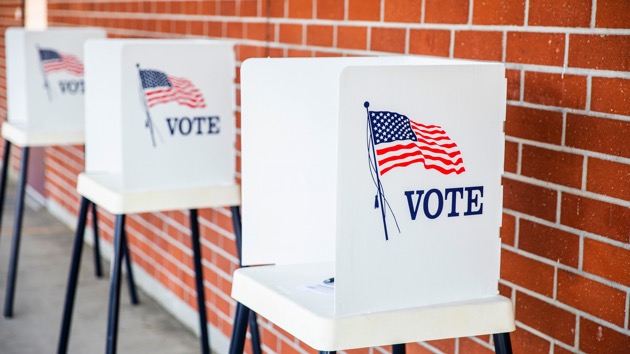 By KELSEY WALSH, ABC News(NEW YORK) — Millennial real estate investor Madison Cawthorn said, “You know we kept all politics local. We weren’t focused on D.C. Insiders,” when asked about how he achieved his recent primary victory on ABC’s The View on Friday morning.”Our message of faith, family, you know, individual responsibility and freedom really resonates with a lot of people who feel very disenfranchised by how polarizing our politics are right now,” Cawthorne continued.Cawthorn won a Republican primary runoff for a western North Carolina congressional seat in the district formerly occupied by President Donald Trump’s current Chief of Staff Mark Meadows Tuesday evening, triumphing over Trump’s endorsed candidate Lynda Bennett, a real estate businesswoman. If elected, Cawthorn, 24, could be the youngest person elected to Congress.Following Cawthorn’s victory, Trump called to congratulate him. The president called Cawthorn’s victory “beautiful” and “impressive” and noted that the young candidate’s campaign was able to overcome many obstacles.Cawthorn, a resident of Hendersonville, North Carolina, was nominated to the Naval Academy by Meadows. However, in 2014, Cawthorn’s plans changed when he was in a near-fatal car accident that left him paralyzed.The accident is a prominent narrative in his run for office. He said it changed his life perspective.”It taught me a level of grit and perseverance that would have taken probably decades to learn otherwise. Also, something that is lacking a lot on the Republican side in politics is empathy. It’s being able to feel like I can recognize when people feel disenfranchised or when they don’t feel like the system represents them. And so I know what that’s like and I can empathize with that,” Cawthorn told The View hosts.The accident left Cawthorn $3 million worth of medical debt, but Cawthorn is against free health care for all.”If I was in a country of practice socialized medicine, I genuinely believe I would be dead today. You know at that point, when you are using a single payer or premium based market of health care, that gives health care to all, you obviously have to start rationing care to all. I only had a 1% chance to live. It was an absolute miracle that I was able to pull through,” Cawthorne said.Cawthorn said he believes that “for too long the Republicans have been the party of no when it comes to health care reform,” adding that the way to allow greater health care access is by decreasing regulation.”I think if we could bring in some more insurance companies, bring more competition and price transparency to the entire industry, we could see prices go significantly lower,” Cawthorn said.Cawthorn said he believes that Republicans have struggled to bring in the young vote. Currently, Alexandria Ocasio Cortez is the youngest person in Congress. and Cawthorn said he thinks he can go head to head with the representative, whose youth following he admires.He said while their beliefs are different “she does do a great job being able to bring young people over to her side and really make up a lot of these undecided minds and fight for their hearts and minds.”As the United States surpasses 2.4 million confirmed coronavirus cases, Cawthorne weighed in on the pandemic and said that the country is doing “well in it’s response.”Cawthorn’s statement comes after North Carolina Gov. Roy Cooper announced that he did not believe a convention could be held in North Carolina as coronavirus remains an ongoing public health safety concern and the number of cases continue to grow.”I think the thing we’ve done wrong the most is having Governor Cooper let us lose having the Republican National Convention here,” Cawthorn said in response. “You know the financial aspects that’s been attacking our country cannot be underestimated. And we’ve lost $40 million in revenue in suburban Charlotte because Governor Cooper would not allow the convention to be held here.”On the fact that Meadows did not endorse Cawthorn and instead put his support behind his opponent, a friend of Meadow’s wife, Cawthorn said it “did sting a good bit.”But he added that “There’s no hard feelings for Congressman Meadows or his wife. He’s been very good to me my whole life and so I look forward to working with him in his new position of chief of staff.”Despite his lack of endorsement from Meadows and the president, Cawthorn declares himself a Trump supporter and constitutional conservative. He champions his youth and fights against liberals.In November, Cawthorn will face Air Force veteran Morris “Moe” Davis. Davis was the chief prosecutor at Guantanamo Bay, Cuba. Copyright © 2020, ABC Audio. All rights reserved.