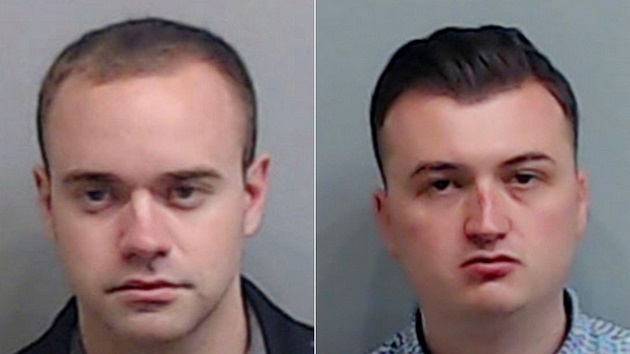 A woman accused of setting fire to an Atlanta Wendy’s has been ordered to wear an ankle monitor, remain on house arrest and stay off of social media.This order came as suspected arsonist Natalie White, wearing a white mask and blue prison shirt, made her first appearance in court via video conference Wednesday. A judge granted a good bond in the amount of $10,000. White is accused of setting fire to a Wendy’s on June 13 during a protest over the death of Rayshard Brooks, a Black man who was shot dead by an Atlanta police officer in the restaurant’s parking lot on June 12.White, who was taken into custody on Tuesday, is charged with first-degree arson.White’s attorney, Drew Findling, on Wednesday told Judge Todd Ashley that he’s known White for 20 years. He said her family is financially stressed and unable to make “any bond whatsoever.”But the judge told Findling that if he was asking for a signature bond or nothing, he wasn’t leaving him much room to work with. In response, Findling asked the judge to reduce her bond as much as possible, adding that he and others were willing to personally support her finances.Findling was hesitant to accept a house arrest condition, saying the 29-year-old has lived at her home for 15 years.”Sir, she’s not going anywhere,” he told Ashley. “I just don’t see this as a house arrest case.”Prosecutors rebutted, repeating that White was accused of arson. Findling called that a “false narrative” and said, “she did not burn a building down.”Ashley however determined that house arrest was necessary and said he was concerned White was a danger to the community. He mentioned the danger to firefighters and the volatile situation the blaze presented because the Wendy’s was next to a gas station.White’s next court date has not been set.Brooks, 27, was fatally shot twice in the back while running away from two police officers.The shooting occurred after officers were called to the parking lot for reports of a man asleep in his car. Police gave Brooks a Breathalyzer test, which registered a blood-alcohol level of .108%.When officers tried to put him in handcuffs, Brooks struggled, wrestled with both officers on the ground and then grabbed an officer’s stun gun.Video showed Brooks running through the parking lot with the officers behind him. At one point, Brooks turned and allegedly shot the stun gun at one of the officers, Garrett Rolfe, who drew his weapon and opened fire.When Brooks was shot by Rolfe, he “did not pose an immediate threat of death or serious physical injury,” said Fulton County District Attorney Paul Howard Jr.Rolfe has been fired and is facing charges including felony murder and aggravated assault. If convicted of felony murder, Rolfe could face the death penalty, prosecutors said.The second officer at the scene, Devin Brosnan, was charged with violations of oath and aggravated assault for allegedly standing on Brooks’ shoulder after he was shot.Defense attorneys say Rolfe’s actions were justified under the law and that Brosnan never pulled out his gun and tried to stabilize Brooks. Copyright © 2020, ABC Audio. All rights reserved.