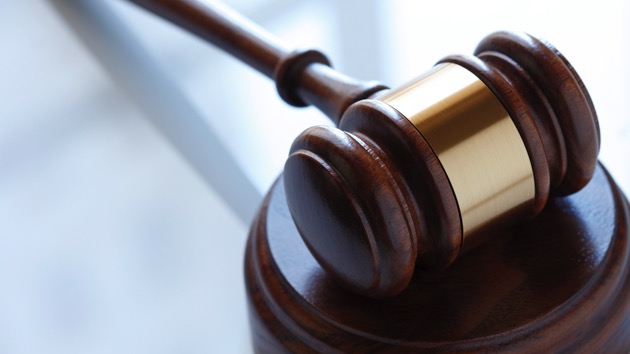 By CHRISTINA CARREGA, ABC News(NEW YORK) — At 18-years-old Samuel Brownridge was identified by two witnesses as the gunman responsible for the 1994 execution-style murder of Darryle Adams in Queens, New York.Brownridge was convicted and sentenced to 25 years to life in prison the following year, yet, he has always maintained his innocence, according to his attorney.The Queens County District Attorney Office’s newly formed Conviction Integrity Unit agreed on Tuesday to overturn Brownridge’s conviction as he is “an innocent man.”District Attorney Melinda Katz said Brownridge’s conviction was solely based on two unreliable eyewitness testimony and no physical evidence that explicitly proved he was the killer.”I don’t think one who has never been incarcerated knows how it feels to be locked up, especially when they are innocent. I feel that law enforcement had the opportunity to make this right years ago,” said Brownridge in a statement.Furthermore, Brownridge “consistently asserted his innocence of the murder and has claimed that he was at home with his girlfriend and child at the time of the shooting,” prosecutors said.After Brownridge, now 45, served the minimum 25 years of his sentence, in March 2019, he was released on lifetime parole while continuing to fight for justice.”While Samuel Brownridge is deeply grateful for the unwavering dedication of his advocates and supporters during this long struggle … there is nothing that will restore the 25 years of Sam’s life that were taken from him as a result of deep, fundamental flaws in our criminal justice system,” said Donna Aldea, Brownridge’s attorney in a statement.”I sit down sometimes and say to myself, why me? My twenties, thirties, and half of my forties are gone,” said Brownridge. “I sat in a jail cell every night waiting for this day, while others went home to their families, knowing that the system failed and law enforcement did not do what they could to free an innocent man.”During Brownridge’s years of post-conviction investigating, Aldea and her legal team found several pieces of evidence that if presented at his original trial would have cleared his name.Specifically, Aldea presented prosecutors with the recanted testimony from one of the witnesses who had “obvious intellectual impairments” and “gave varying and implausible accounts of what he saw on the night of the murder” as well as evidence that proved Garfield Brown was the actual shooter, prosecutors said.”Eyewitness misidentification is a leading cause of wrongful conviction, and the prior misidentification of two men in photo arrays certainly raises questions as to the reliability of the identification procedures used in this case,” said Bryce Benjet, director of the Conviction Integrity Unit.To date, there have been 750 wrongful convictions since 1964 where an element of “mistaken witness identification” was a factor in exoneration, according to the National Registry of Exonerations.

Re-investigation by our dedicated #ConvictionIntegrity Unit determined that Samuel Brownridge, incarcerated for 25+ years, did not commit 1994 murder. A profoundly poignant day for Mr. Brownridge, as we begin to right these wrongs.Read more: https://t.co/EegtsPhnt3 pic.twitter.com/DxGNuV5UGG

Prosecutors said Brown more closely resembled an eyewitness’ description of the gunman as a man in his mid-20s with a short fade haircut and Brownridge did not have his hair short on the sides at the time.”Taken together, this new evidence demonstrates by clear and convincing evidence that Mr. Brownridge did not murder Darryle Adams,” prosecutors said. “This evidence of innocence requires that Mr. Brownridge’s conviction be vacated and the indictment be dismissed.”Queens Supreme Court Justice Joseph Zayas used a tissue to wipe away tears during the video conference before granting the motion to dismiss Brownridge’s case.”To many of you, this may look like a victory, but…I cannot help but see all that I lost. But I also see hope. Hope for my future. Hope for my family. And hope for reform,” said Brownridge.Brown, who was profiled in an April 2002 episode of “America’s Most Wanted” for homicides in August 1999 and January 2001, respectively, in New York City and New Haven, Connecticut. As police were attempting to apprehend Brown in May 2002, he was killed during a shootout in North Carolina.”No further prosecution is warranted,” prosecutors said.Copyright © 2020, ABC Audio. All rights reserved.