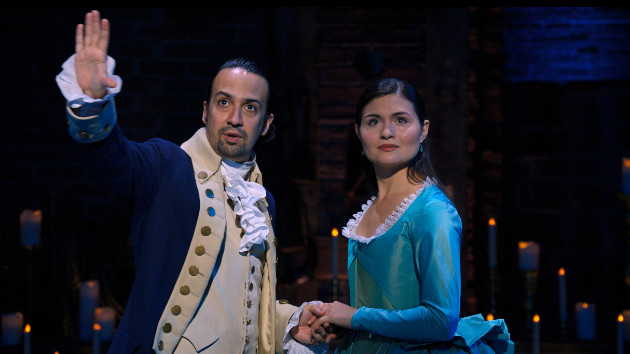 (NEW YORK) — The first trailer for the highly-anticipated live action Hamilton musical has debuted, ahead of its premiere on Disney+ July 3.The live recording of the Tony-winning stage play was shot over three days at The Richard Rodgers Theatre back in 2016 with the original cast — including the show’s creator, Lin-Manuel Miranda, plus Leslie Odom Jr., Daveed Diggs and others.Originally set to hit theaters on October 15, 2021, Hamilton’s release was moved ahead by more than a year to be released July 3, 2020 — just in time for Independence Day — largely due to the worldwide COVID-19 pandemic.Miranda said on Good Morning America Monday that he’s happy to make the show even more accessible to the masses.”I’m really glad we had the luxury to basically shoot an independent film in our first year and now the world can see what it felt like to be in that room in June 2016 next Friday,” said Miranda.Disney is the parent company of ABC News.

New legislation would require women, like men, to sign up for potential draft
Paralyzed man uses exoskeleton suit to get down on knee to propose to girlfriend
Whoopi Goldberg joins film on Emmet Till’s mother; Marla Gibbs & Jackée Harry to reunite on ‘Day of Our Lives’ & more
‘Modern Family”s Ariel Winter hopes for “freedom” for Britney, “consequences” for people “who have kept her away”
Patina Miller and Omar Epps explain why ‘Power Book III: Kanan’ was the perfect series for them to join
Chrissy Teigen thanks fans for sending the “most amazing” condolences after loss of baby Jack