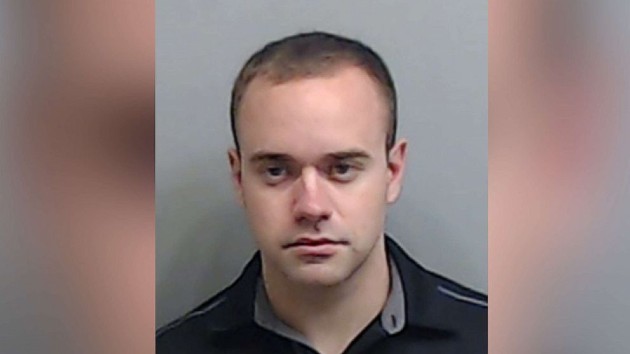 By STEPHANIE WASH and ALONDRA VALLE, ABC News(ATLANTA) — An attorney for former Atlanta police officer Garrett Rolfe is questioning Fulton County District Attorney Paul L. Howard Jr.’s decision to charge his client in the shooting death of Rayshard Brooks before the Georgia Bureau of Investigations could finish its investigation.In an interview with ABC News, Rolfe’s criminal defense attorney, Lance LoRusso, said the charges against Rolfe were rushed and questioned why they came before the Georgia Bureau of Investigations handed over its findings. “In this case, the city of Atlanta had an officer involved shooting,” LoRusso said. “They contacted the Georgia Bureau of Investigations. Typically they return those results in 60 to 90 days, and for some reason Mr. Howard, who is under investigation by the GBI, decided that he wasn’t going to wait for their investigation.”Shortly after the charges were announced, the GBI released a statement that read, “We were not consulted on the charges filed by the District Attorney. Despite today’s occurrence, the GBI will complete its mission of completing an impartial and thorough investigation of this incident and we will submit the file, once completed, to the Fulton County District Attorney’s Office.””I think it is absolutely inappropriate and should concern everyone that an independent agency was brought out to do this investigation and that investigation was basically usurped, possibly interfered with,” LoRusso told ABC News. “No investigation that short can ever have any type of credibility.”LoRusso said Rolfe will be cooperating with the ongoing GBI investigation.”It’s necessary that they have the full picture,” LoRusso said. “Not only my client, but the citizens of Georgia, and now the United States, will get a chance to see exactly what the GBI investigation will uncover from a fair, impartial, third-party review of what happened that night.”Rolfe was fired from his job with the Atlanta Police Department and faces 11 charges related to the shooting death of Brooks in a Wendy’s parking lot on June 12, including felony murder and aggravated assault. If convicted of the most serious charge of felony murder, Rolfe could face life in prison without release.Rolfe was facing a possible death sentence but Howard said in an interview with CNN last week that he would not seek the death penalty in this case.Rolfe’s attorney said he disagrees with the charges against Rolfe based on video evidence. Surveillance video showed Brooks running away from Rolfe and police officer Devin Brosnan, after Brooks managed to grab a Taser during a struggle on the ground. Brooks then appeared to turn and point the Taser at Rolfe, who drew his weapon and fired three shots.Howard’s investigation, though, concluded that Rolfe was aware that the Taser Brooks was holding had been fired twice.

“Once it’s fired twice, it presented no danger to him or to any other person,” Howard said.”At the time Mr. Brooks was shot, he did not pose an immediate threat of death or serious physical injury,” Howard said in a press conference last week.LoRusso disagrees.

“We believe that his actions were appropriate,” LoRusso said of Rolfe. “He’s a highly trained officer. And the officers trained for this type of scenario — a Taser can absolutely incapacitate an officer, and if they’re incapacitated at that point, they can be disarmed.”LoRusso is also disputing that Rolfe shot Brooks while he was running away.

“He turned and offered extreme violence towards the uniformed law enforcement officer,” LoRusso said about Brooks’ actions, referring to Wendy’s surveillance footage of the incident. “That’s not running away, that’s turning to fight.”An autopsy conducted by Fulton County medical examiner concluded Brooks’ death was a homicide caused by two gunshot wounds to his back.LoRusso also countered Howard’s claim that Rolfe did not administer aid in a timely manner.

“The demeanor of the officers immediately after the shooting did not reflect any fear or danger of Mr. Brooks, but their actions really reflected other kinds of emotions,” Howard said.”There is no delay in providing treatment to Mr. Brooks,” LoRusso said. “People can see the video and make that judgment for themselves.”Rolfe’s next court hearing, to seek bond, is scheduled for Tuesday. Copyright © 2020, ABC Audio. All rights reserved.

The ‘Edward Scissorhands’ house is up for sale and could be yours for $224,000
NY Attorney General lawsuit seeks to dissolve National Rifle Association
In bombshell plea, close friend admits to murdering former Arkansas state senator
Students at school touted by Pence for reopening must quarantine due to COVID-19
Unemployment filings top one million for 20th straight week
Oprah faces backlash for calling out white privilege because she’s rich