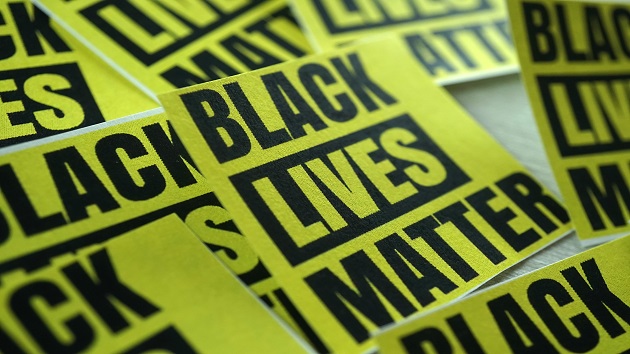 (NEW YORK) — From the start, the founders of Black Lives Matter have always put LGBTQ voices at the center of the conversation. The movement was founded by three Black women, Alicia Garza, Patrisse Cullors and Opal Tometi, two of whom identify as queer.By design, the movement they started in 2013 has remained organic, grassroots and diffuse. Since then, many of the largest Black Lives Matter protests have been fueled by the violence against Black men, including Mike Brown and Eric Garner in 2015, and now George Floyd and Ahmaud Arbery.But it’s not only straight, cisgender Black men who are dying at the hands of police. Last month, a Black transgender man, Tony McDade, 38, was shot and killed by police in Tallahassee.On June 9, two Black transgender women, Riah Milton and Dominique “Rem’mie” Fells, also were killed in separate acts of violence, their killings believed to be the 13th and 14th of transgender or gender-non-conforming people this year, according to the Human Rights Coalition.And in 2019, Layleen Polanco, a trans Latina woman who was an active member of New York’s Ballroom community, died while in solitary confinement at Rikers Island jail.”We are a prime target because of our Blackness, and our intersectionality of being trans adds an extra target on our backs,” said Jonovia Chase, co-lead organizer of House Lives Matter, a community organization composed of sexual- and gender-minority people of color.Chase said that although Black Lives Matter was “created by queer folks, [cisgender] privilege has taken precedent over gay and transgender people.”While Chase and other LGBTQ advocates of color clearly condemn the deaths of George Floyd, Amaud Arbuery and countless other cisgender Black men, they’re also quick to call attention to other acts of violence against Black LBGTQ people that garner less national media attention.They often point to Marsha P. Johnson and Sylvia Rivera, a trans woman of color, who helped kickstart the LGBTQ rights movement following the Stonewall uprising of the 1960s only to watch as many hard-fought rights and privileges benefited white gay men and women but weren’t extended to people like them.”It’s another example about how the Black queer community has been in the forefront leading, however, we’re not being seen or heard or valued,” Chase added.However, organizers say there are clear signs times are changing, and that Black LGBTQ voices are increasingly taking center stage in nationwide conversations about race, discrimination and police violence.In recent weeks, people have turned out in never-before-seen numbers to support the LGBQT community of color — and especially Black transgender people.Last week in Brooklyn, an estimated 15,000 people turned out for a demonstration called The Black Trans Lives Matter rally, aka “Brooklyn Liberation,” making it one of the largest transgender-focused protests in history, according to the organizers.In Los Angeles, tens of thousands more gathered in Hollywood for the All Black Lives Matter protest, intended to be inclusive and centered on LGBTQ members of BLM.And on Juneteenth, to celebrate the day the last enslaved people were informed of their freedom, celebrations across the country sought “intersectional” celebrations of the Black experience in the United StatesIn Harlem, in New York City, hundreds gathered for a massive celebration of music and art intended to “lift up and center Black Queer and Trans folks” in an event co-organized by The Blacksmiths, Intersectional Voices Collective and the Wide Awakes.”More people are also becoming educated and intentional at this moment,” said Niama Safia Sandy, who’s on the steering committee of The Blacksmiths, a coalition of artists, curators, culture producers and organizers committed to Black liberation and equality.”It is just not possible to turn a blind eye away from these things anymore,” Sandy said.Clad in face masks and handing out hand sanitizer, hundreds turned out to dance, sing and march along historic Black landmarks on a hot day Harlem.Eventually, the parade-like crowd landed at St. Nicholas Park, where members of New York City’s ballroom community greeted protestors with elaborate voguing performances, a dancing style born in the queer ballroom scene that has since been popularized by Madonna, Rihanna and Ariana Grande.”It’s rare that we get opportunities to come together as a Black community and specifically center the trans and queer community,” said Chase, who helped organize the Juneteenth celebration in Harlem.During one performance, model and poet Linda LaBeija, a member of the House Ballroom community, read a spoken-word poem called, “Vogue, bitch,” to a thunderous crowd of more than 300 people.”How many of those beacons of light must we lose along the way?” LaBeija asked the crowd, referring to the Black trans women who have been the victims of violence.And as Black Lives Matter protesters continue to remember George Floyd and others killed at the hands of police, LaBeija asked, “Are you including Black trans women in that list of Black names?”As a Black transgender woman, Deja Smith said she’s learned the hard way how difficult life can be for people like her in the United States.”It has been a struggle most of the way here,” said Smith, a founding member of the Intersectional Voices Collective and director of makeup artistry for DDPRO.”But over the last three to five years things have started to ease up, leading to this moment today where I just thought I would never see a crowd of Black, queer and trans people of like minds, getting along, and speaking to our ancestry.”Smith credits the founders of Black Lives Matter for creating space for LGBTQ voices from the start.”It has always been part of their cultural movement,” she said. Copyright © 2020, ABC Audio. All rights reserved.