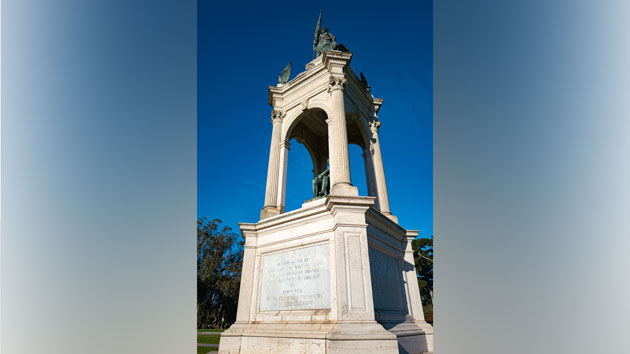 By ELLA TORRES, ABC NEWS(SAN FRANCISCO) — The statue of Francis Scott Key, who is known for writing “The Star-Spangled Banner” but was a slave owner, was toppled by protesters in San Francisco during demonstrations against racial injustice.Key wrote “The Star-Spangled Banner” after he saw an American flag flying at the Battle of Fort McHenry following a victory over the British in the War of 1812. The lines he wrote turned into the national anthem.However, Key  — whose lyrics include “land of the free” — was an owner of slaves and defended in court slaveholders’ rights to own human property, according to The Smithsonian.The toppling of the statue comes amid protests that erupted across the world after the death of George Floyd, who was killed in police custody, against systemic racism and police brutality.During some of those protests, monuments related to slave owners or the Confederacy have been toppled.As of Friday afternoon, at least 22 cities had either removed or approved the removal of Confederate monuments. The most controversial of those memorials, the Robert E. Lee statue in Richmond, Virginia, is caught up in a legal battle.Copyright © 2020, ABC Audio. All rights reserved.