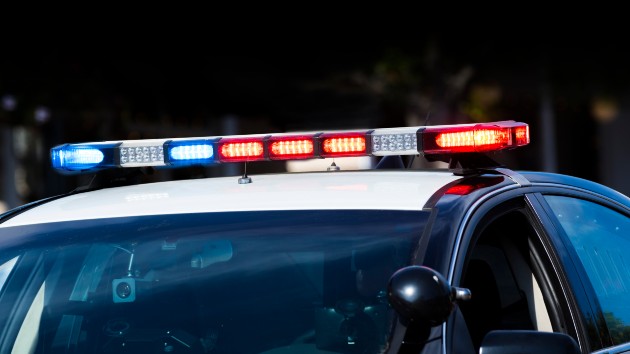 By IVAN PEREIRA, ABC News(LOS ANGELES) — The family of Robert Fuller, the man who was found hanging in a California park last week, said police killed Fuller’s half-brother during a shootout after a traffic stop on Wednesday.Los Angeles County Sheriff’s Department deputies in Kern County shot and killed Terron Jammal Boone, according to Jamon Hicks, the attorney representing Fuller’s family. Authorities confirmed his identity Thursday evening. Fuller, 24, was found hanging from a tree in a Palmdale, California park on June 10, and although his death was initially declared a suicide, the FBI and Department of Justice are reviewing the investigations into his death.Hicks said the Fuller family is still trying to get all the information about Boone’s death.”At this time, until we receive all of the information, the family and their legal team doesn’t have any further comment on this incident,” he said in a statement.During a news conference Wednesday evening, Lt. Robert Westphal, a spokesman for the Los Angeles County Sheriff’s Department, said investigators were aware of a possible connection between the suspect who was shot by officers and Fuller, but said that the victim’s body was still pending an identification with the coroner.Westphal said detectives were investigating a suspect wanted for kidnap, spousal assault and assault with a deadly weapon. During the search, officers allegedly spotted the vehicle with the suspect and followed him.The officers executed a traffic stop, and the suspect allegedly opened his car door and began firing at the officers, Westphal said. Officers returned fire, hitting the suspect in his upper torso. He died at the scene.A woman in the driver’s seat of the stopped vehicle also was struck by a bullet and transported to a hospital, where she was last listed in stable condition, Westphal said.Westphal added the woman is not believed to have been a victim in the assault case.A 7-year-old girl was in the back seat of the car that was stopped but was unharmed during the incident, police said. The relationship between the man who was shot, the woman who was shot and the child isn’t clear.A handgun was recovered from the crime scene, and the investigation was ongoing, according to Westphal. Copyright © 2020, ABC Audio. All rights reserved.

Jill Biden cheers on Team USA as Olympic Games get underway in Tokyo, Japan
Washington state deputy shot and killed in the line of duty
What to know about antibody tests in a post-vaccine world
Lack of diversity in higher learning can be a problem for diverse student bodies
Clearfield Police: loose dog, stolen backpack, mental health
COVID-19 vaccinations up 14% in past week, White House says