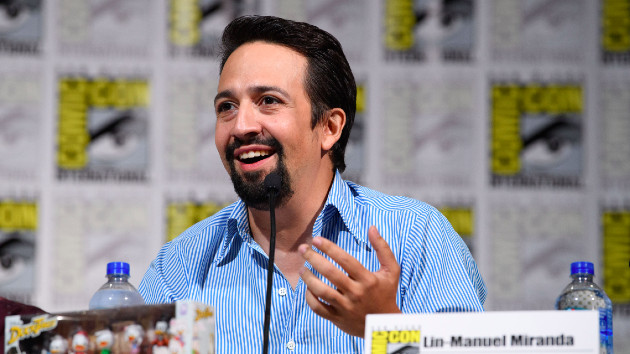 (WASHINGTON, DC) — Many young undocumented immigrants and their families held their breaths on Thursday when the Supreme Court announced their decision on DACA — the Deferred Action for Childhood Arrivals act.

In a surprise ruling, the nation’s highest Court ruled 5-4 to uphold the Obama-era program, which extends legal protections to immigrants who arrived here illegally as children.

Celebrities, many of whom are or descended from immigrants emotionally reacted to the news on Thursday.

Hamilton star Lin-Manuel Miranda simply retweeted the SCOTUS ruling and used the hashtag #HomeIsHere, a phrase DACA supporters chanted when they marched down the steps of the Supreme Court.

Also weighing in on the news was Mark Ruffalo, who could barely contain his excitement when reacting on Twitter. “Omg!!! This is so beautiful! We love you DACA Americans!” he praised. “You make the world a more beautiful and inspiring place.”

Camila Cabello, who was born in Cuba, celebrated the ruling on Twitter. “mi gente ! what a day!,” She wrote. “This is an amazing victory. Their home is HERE.”

In addition, singer Becky G, whose grandparents are from Mexico, was overwhelmed by emotion.  “Literally have tears in my eyes,” She announced. “In the last days we’ve received[sic] news for our LGBTQ+ protection rights and now protection for our DREAMERS!”

Star Trek alum George Takei, whose father was a Japanese immigrant, called the ruling “Amazing” while actress Viola Davis lauded, “Now THIS is America living up to its promise!!”

As reported by ABC News, DACA was instated by President Barack Obama in 2012, which allows those brought to the U.S. illegally as children to stay in the U.S. and work without being deported on a two-year, renewable term.