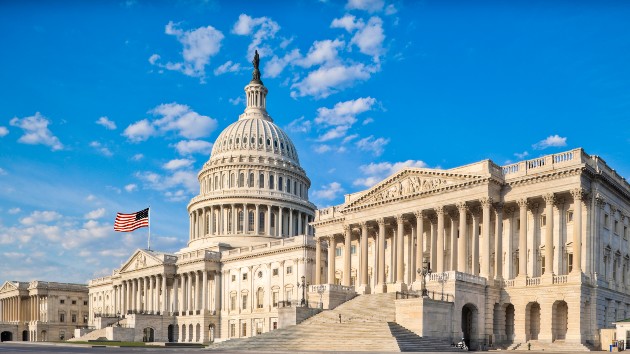 By JACK ARNHOLZ, ABC News(WASHINGTON) — In the wake of the nationwide outcry over the killing of George Floyd, bipartisan calls have amplified to name Juneteenth — which commemorates of the end of slavery — a federal holiday. “Together with my colleagues Cory Booker, Tina Smith, and Ed Markey, we are proposing that Juneteenth be a national holiday. And we are dropping that bill saying that Juneteenth should be a national holiday,” Sen. Kamala Harris, D-Calif., told MSNBC Thursday night. Her call came as Sen. John Cornyn, R-Texas, also announced plans to introduce a bill to make Juneteenth a federal holiday earlier Thursday. “Texans have celebrated this end to slavery for 155 years. It’s an opportunity to reflect on how far we’ve come and a reminder of how far we still have to go,” he tweeted.Congress has the authority to create federal holidays — any legislation would need to clear both the House and Senate before being signed into law by the president. Despite President Abraham Lincoln’s signing of the Emancipation Proclamation — which ordered the abolition of slavery in the Confederacy — it took 30 months and 19 days for the order to be carried out in Galveston, Texas — the last part of the Confederate States of America where African Americans were still enslaved. For 155 years, communities around the country have celebrated June 19 — the day Gen. Gordon Granger arrived with Union soldiers in Galveston — as Juneteenth.While all but four U.S. states recognize the day, the holiday was thrust into the national political spotlight recently after President Donald Trump scheduled a campaign event for June 19 in Tulsa — a city notorious for one of the nation’s worst instances of racial violence. The president later moved the date of the rally to June 20, tweeting his decision was made “out of respect” for the holiday. Congressional calls for a federal Juneteenth holiday come amid similar support from corporate executives and sports officialNFL Commissioner Roger Goodell announced this week that he would close league offices on Juneteenth. Twitter CEO Jack Dorsey said he planned to make June 19 an annual holiday. State officials have also recently moved to give greater recognition to the date. New York Gov. Andrew Cuomo signed an executive order declaring June 19 a paid holiday for state employees.Virginia Democratic Gov. Ralph Northam also said he plans to make Juneteenth a permanent paid state holiday. “It’s time we elevate Juneteenth not just as a celebration by and for some Virginians, but one acknowledged and commemorated by all of us. It mattered then because it marked the end of slavery in this country, and it matters now because it says to Black communities, this is not just your history—this is everyone’s shared history, and we will celebrate it together,” Northam said in a statement Tuesday. Copyright © 2020, ABC Audio. All rights reserved.