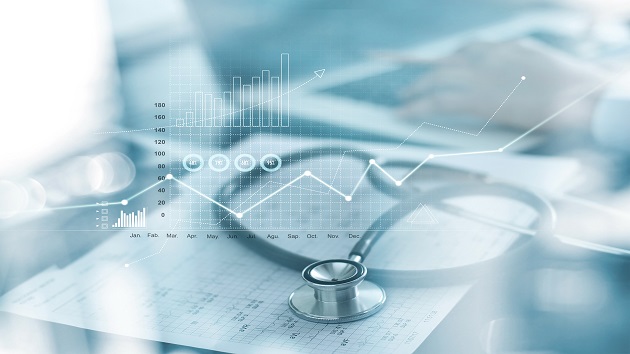 (WASHINGTON) — BY: EDEN DAVID and JESSICA JOHNSONAs states gradually begin to reopen and some grapple with the consequences of loosened restrictions, experts are peering into what the future with COVID-19 may look like. While viruses are capable of mutating on their own and may evolve over time, experts say it’s society’s collective actions rather than the virus itself that may determine whether the virus becomes more or less dangerous.Since the start of the coronavirus pandemic, some have speculated that the virus might morph into a more dangerous version of itself. However, experts interviewed by ABC News say that’s unlikely.Like all living things, viruses evolve over time thanks to small mutations in their genetic code. But when it comes to viruses, “survival of the fittest” doesn’t always mean that the most deadly version of the virus is the one that ends up being most successful.”In most big outbreaks, it turns out, mutations and new strains tend to be less severe because in general there is an evolutionary advantage to not kill off your host that quickly,” said Dr. Ashish Jha, director of the Harvard Global Health Institute in an interview with ABC News.”The main driver of virus evolution is finding a new host — nothing else matters,” said Dr. Vincent Racaniello, Columbia University virologist. It never makes sense for a virus to become more dangerous unless that somehow helps it spread faster, Racaniello said.Overall, experts agreed that despite small genetic changes, the virus is unlikely to mutate in a way that will substantially change the inherent risk it poses to humans. Mostly, that’s because this coronavirus is already pretty good at infecting people and spreading quickly.Experts have also debunked recent claims out of Italy, which suggested that the virus has become weaker.”I’ve seen no evidence that the virus has mutated to change its behavior,” said Dr. Amesh Adalja, Johns Hopkins University Center for Health Security critical care and infectious disease physician and professor at the Bloomberg School of Public Health. “I think that it just may be that people are getting infected with a lower infectious dose or that we’re testing much quicker and faster and diagnosing these cases earlier when they have lower viral loads.”But even if the virus doesn’t mutate significantly, a dangerous second wave of infections in the fall may be possible.External factors, including the weather, will also likely affect the severity of illness caused by COVID-19. Colder, less humid weather allows the virus to transmit more easily.Another crucial factor: how well we defend ourselves as a population, experts say.”Our social distancing measures have made it so that when people do get infected, they’re getting infected with a lower infectious dose,” which may mean people are less likely to get sick, Adalja said.The further apart people stand from one another, the less likely they are to get a mouthful of infectious viral particles. If limited exposure still leads to infection, people may end up developing milder symptoms, which could also mean they may be less likely to spread the virus to others.Adalja admits this is just a working theory that is yet to be proven.”That’s something we need to study to know in more detail, but it is one hypothesis that has some biological plausibility.”With experience, health care providers are also getting better at “treating these individuals, understanding the complications and guarding against them, which may also be influencing the clinical course,” said Adalja.A novel virus brings myriad uncertainties and unanswered questions. However, there are concrete practices to weaken its impact which is why experts are urging the public continue measures like mask wearing, frequent hand-washing and physical distancing, — all providing the best chance, for now, to stopping the virus in its tracks.

Jessica Johnson, M.D., a senior resident in emergency medicine at Stanford University, and Eden David, a graduate of Columbia University matriculating to Icahn School of Medicine at Mount Sinai later this year, are contributors to the ABC News Medical Unit.Copyright © 2020, ABC Audio. All rights reserved.