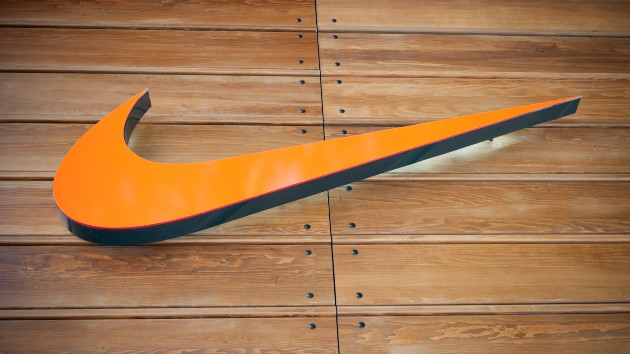 By CATHERINE THORBECKE, ABC News(NEW YORK) — A handful of corporations in the U.S. announced this year that they are making Juneteenth, the day traditionally used to commemorate the end of slavery, a companywide holiday.The holiday traces its history back to June 19, 1865, when union soldiers informed the people of Galveston, Texas, that all slaves were free. The corporate push to recognize Juneteenth comes as protests over the killing of George Floyd have thrust issues of long-standing systemic racism in the U.S. back into the spotlight.Here are some companies that have announced they are recognizing Juneteenth companywide this year:Best BuyBest Buy announced on its website on Tuesday that it is designating Juneteenth this year as a “paid volunteer day” for employees to participate in “peaceful protests, rallies and community service.”Starting next year, the company said Juneteenth will be a “formal, paid company holiday.”

NikeNike announced in a statement on its official LinkedIn that it will be closing all “retail stores, offices and distribution facilities in the US” in observance of Juneteenth.”This will be a day for our employees and teammates to educate and connect on the significance of this moment in Black history and we encourage all athletes* to do the same,” the company wrote.TargetTarget announced June 19 as an “official annual company holiday” in a statement on its website earlier this week.”We recognize that the racial trauma the country is experiencing now is not new, but throughout recent weeks there has been a sense that this time is, and has to be, different,” Brian Cornell, the retailer’s chairman and CEO, said in a statement. “Juneteenth takes on additional significance in this moment. Moving now to recognize it on an annual basis — as a day to celebrate, further educate ourselves or connect with our communities — is one more important action Target can take as a company to help the country live up to the ideal of moving forward in a new way.”Target stores will remain open on Friday, but hourly associates who work will be paid time and a half and all “eligible Target team members” have the option to take the day off with pay.

NFL and more sports organizationsNFL Commissioner Roger Goodell said in a memo to staff that the football league will observe the holiday and its offices will be closed that day.”Juneteenth not only marks the end of slavery in the United States, but it also symbolizes freedom — a freedom that was delayed, and brutally resisted; and though decades of progress followed, a freedom for which we must continue to fight,” Goodell wrote.He called the holiday “a day to reflect on our past, but more importantly, consider how each one of us can continue to show up and band together to work toward a better future.”Several NFL teams including the Denver Broncos, Detroit Lions and Arizona Cardinals announced they would also be observing Juneteenth as a permanent company holiday moving forward.The NBA’s Cleveland Cavaliers announced via Twitter that Friday will be “observed as an annual paid holiday for our entire organization.”Fellow NBA team the Atlanta Hawks announced in a statement on the league’s website that it was also designating Juneteenth a “permanent paid company holiday for all its employees.””I am proud of the decision our organization has made to recognize Juneteenth as a company holiday this year and going forward,” Camye Mackey, the chief people, diversity and inclusion officer for the Atlanta Hawks and State Farm Arena said in a statement. “This is one of many steps we’ll take to support the positive change we need to see in society.”NBA team the Sacramento Kings also announced they were observing the holiday on Friday company-wide.”We are proud to celebrate Juneteenth, honoring Black history and further committing ourselves to creating positive meaningful change,” Matina Kolokotronis, the Kings’ chief operating officer, said in a statement. “The Kings remain dedicated to working with our community to address racial inequity through sustained action.”

Twitter and SquareTwitter and Square CEO Jack Dorsey announced via Twitter that Juneteenth would be “a company holiday in the US, forevermore.””Countries and regions around the world have their own days to celebrate emancipation, and we will do the work to make those dates company holidays everywhere we are present,” he added.Capital One, US Bank and more financial institutionsCapital One announced via Twitter that they will close all offices and bank branches early — at 2 p.m. local time — to commemorate the holiday.U.S. Bank announced in a statement it will close offices and branches at 1 p.m. local time on Friday in recognition of Juneteenth.”The events of the past few weeks have changed the conversation and added a sense of urgency that has motivated more people across the globe to act to address social injustice. That begins with acknowledging our rich and diverse history,” Andy Cecere, chairman, president and CEO of U.S. Bank, said in a statement. “We are encouraging our employees to use this time to serve in our communities, commit to inclusion and advocacy, or simply educate themselves on this very important topic.”Mastercard said in a memo to staff that was shared on its website that it was designating Friday as a “Mastercard Day of Solidarity.””This will be a Community Day and how you spend it is entirely up to you,” the company wrote, adding that it recommends employees spend the day educating themselves about the history of racism, volunteering to “fight injustice” or taking time to reflect and take “take care of your mental health and well-being.”

The New York TimesThe New York Times said in a memo to staff that it was designating Juneteenth a paid holiday. Times reporter John Eligon shared a portion of the announcement on his verified Twitter account.

The @nytimes is observing Juneteenth as a paid holiday this year. We have much more work to do on racial equity, but I appreciate the gesture from management. Hopefully it’s a sign of more meaningful change to come. pic.twitter.com/3aVVDm2nG4

Alaska hiker found alive after reported missing and chased by bears
Delta COVID-19 variant is now in more than 80 countries, WHO says
Marvel Studios president Kevin Feige hints there’s more ‘WandaVision’ to come
Biden signs bill making Juneteenth, marking the end of slavery, a federal holiday
Biden to sign bill making Juneteenth, commemorating the end of slavery, a federal holiday
Ryan Reynolds teams up with Match and out-of-work wedding singers to get you to “Get Back to Love”