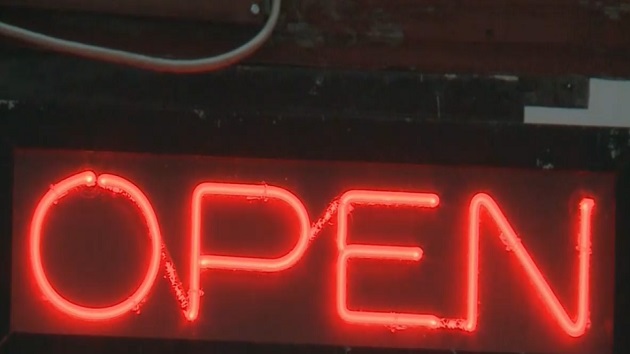 (NEW YORK) — BY: IVAN PERIERANew York City, the original epicenter of the U.S. coronavirus pandemic, has seen enough progress in its battle against the virus that phase 2 of reopening is slated for next week, Gov. Andrew Cuomo and Mayor Bill de Blasio said.Cuomo said in his daily briefing on Thursday he will officially decide Friday on the reopening, but all indicators point to New York City entering the next stage.The city’s health department on Tuesday recorded 59 COVID-19 hospitalizations, and coronavirus testing, which has ramped up across the state, showed a 2% positivity rate. By comparison, toward the end of March, there were more than 800 hospital admissions daily, with a testing positivity rate above 60%. “We accomplished what we set to accomplish,” Cuomo said.De Blasio echoed those sentiments, adding he was confident the city was ready for phase 2, which allows offices, in-store retail, salons and barbershops, and outdoor dining to reopen, which means 150,000 to 300,000 people could return to work.”We still have a long way to go — we all know that — but based on the indicators we’ve seen today, and for days and days before that, I’m very comfortable saying phase 2 will begin Monday,” the mayor said during his news conference.Businesses that reopen in phase 2 must adhere to 6-foot social distancing guidelines, not exceed 50% capacity and require face coverings both for employees and customers.In addition to businesses, city playgrounds will reopen and restaurants will be allowed to offer curb-lane and sidewalk seating throughout the summer, with proper approvals, de Blasio said.”The idea is to bring the customers back … obviously, doing it in a safe way,” de Blasio said. “Outdoor dining is the way forward.”So far, the city has seen 207,821 confirmed COVID-19 cases and 17,487 confirmed deaths, according to the health department. Data from the Center for Systems Science and Engineering at Johns Hopkins University shows that three New York City boroughs — Queens, Brooklyn, the Bronx — are among the top five counties in the nation in confirmed cases and confirmed deaths.Both Cuomo and de Blasio said they’ll be taking extra steps to ensure reopening doesn’t result in a new rise in cases, as seen in other states.Cuomo said any restaurant that doesn’t adhere to reopening guidelines will lose its liquor license. The governor has chastised business owners in New York City after viral videos and photos from the weekend showed bar and restaurant patrons crowded on the streets, holding food and drinks.A visibly frustrated Cuomo also lashed out against the federal government and leaders in states such as Texas and Florida for not having stricter reopening plans, which contributed to a significant rise in cases over the last few weeks.”I hope there was only one mountain. We’re not interested in a journey in a mountain range,” Cuomo said referring to the hospitalization curve for the virus.The governor added that he is mulling an order that would quarantine visitors from other states where coronavirus cases have increased.”I have experts who have advised me to do that,” he said. “I’m considering that now.”