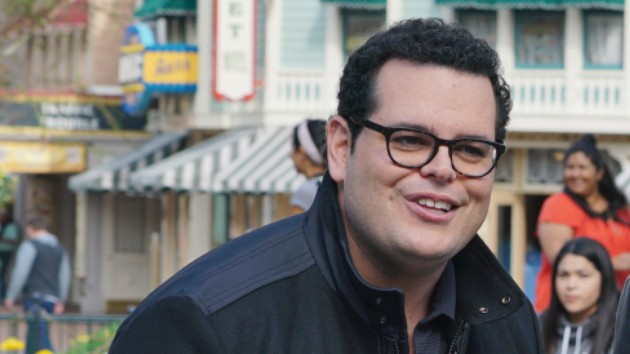 (LOS ANGELES) — As people around the world sheltered at home during the COVID-19 pandemic, actor Josh Gad helped bring the comfort while raising money for noteworthy charities with his nostalgia-packed YouTube series Reunited Apart. However, it looks like the series has run its course… for now.

Fresh off reuniting the Ghostbusters’ cast, the Artemis Fowl star announced on Monday that, up next, he’ll next be featuring the stars of the Golden Globe-nominated 80s classic Ferris Bueller’s Day Off.

It also seems he may have been saving the best for last.

“The next episode of #ReunitedApart will be my LAST…for now,” admitted Gad. “I hope you have all enjoyed this series as we’ve done our best to make you happy & help raise money for so many great causes.”

During lockdown, Gad managed to reassemble the beloved cast and crew members of Lord of the Rings, Splash, The Goonies, Back to the Future and Ghostbusters.

While many gasp-inducing secrets and behind-the-scenes stories were spilled during the series’ short run, Reunited Apart also served as a fundraiser for several important charities that benefitted COVID-19 relief and social justice reform.

Calling his show’s run “a joy,” Gad turned the sentiment onto his audience by writing, “I hope it has brought some light in these dark times.”

“Thank you for taking the journey with us!,” The 39-year-old expressed.

While Gad did leave the door open for more episodes, it is unclear when Reunited Apart will return or if it will be featured on another platform.

Gad did not reveal when the final episode will air.

Officer who fatally shot Daunte Wright to be charged with second-degree manslaughter
Morries Hall, man in car with George Floyd, will not testify in Derek Chauvin murder trial
Missing hiker found safe thanks to man who recognized his photo
Next time your kids are fighting, try a ‘toy draft’
Worried about your J&J COVID vaccine as shots are paused? Don’t be, experts say.
Vincent D’Onofrio on hoping to “explore” his Kingpin character in the MCU