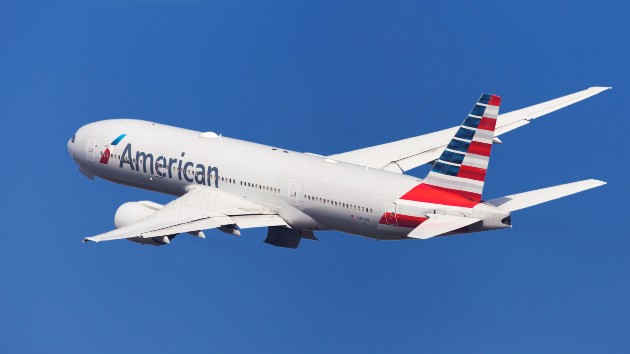 By MINA KAJI and LENA CAMILLETTI, ABC News(NEW YORK) — A passenger was kicked off an American Airlines flight after refusing to wear a face covering as airlines step up enforcement of their mandatory mask requirements.Conservative activist Brandon Straka “declined to wear a face covering” after boarding his flight from LaGuardia to Dallas-Fort Worth on Wednesday, the airline confirmed in a statement. “After he refused to comply with the instructions provided by the flight crew, our team members asked him to deplane,” the statement continued.Straka recorded parts of the incident on board the aircraft.”You’re asking me to do something that’s not a law,” Straka tells the flight attendant, who responds that it is the “procedure American Airlines follows.”There is no federal mandate requiring passengers to wear masks onboard a plane, but by May 11 all major U.S. airlines put new policies in place, stating that passengers and crew have to wear face coverings in order to fly. Exceptions exist for kids, passengers eating and drinking and for those with certain medical conditions.American Airlines, along with United Airlines and Delta Air Lines, announced this week that they may ban any passenger who refuses to wear a mask on board following complaints that their mask policies were not being enforced.The last thing Straka says before the flight attendant asks him to step off the aircraft is that he doesn’t “like wearing masks,” according to the video he filmed.Straka founded the “#WalkAway Campaign” which encourages people to leave the “Democratic Party of today,” according to its site, which also sells face masks for $20.”This is insane. Absolutely insane,” Straka said in a video he posted on Periscope. “We don’t even have a choice anymore.”Straka told ABC News that after being kicked off the first flight he disclosed to the airline that he couldn’t wear a mask due to a medical condition.The airline is not allowed to legally ask Straka to reveal his medical condition.Straka said he was able to board a second flight to Seattle, connecting in Charlotte, without a mask.American says its team is “reviewing this incident.”

One dead, six injured after boats collide on Georgia lake
What to expect as surfing makes Olympics debut
What to know about antibody tests in a post-vaccine world
Missouri county’s order reinstating mask mandate amid delta surge met with challenges
What is a Golden Slam? Novak Djokovic looks to make men’s tennis history with Olympics
From counterculture to competition, skateboarding makes its way to Olympics