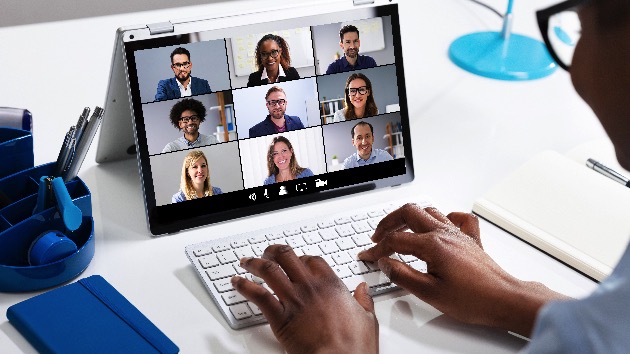 By CATHERINE THORBECKE, ABC News(NEW YORK) — Zoom will now allow end-to-end encryption for all users after the videoconferencing platform came under fire for privacy concerns.Evan Greer, the deputy director of nonprofit digital rights group Fight for the Future, called the decision “a big victory for grassroots activists who fought hard to make sure that Zoom offers strong encryption to everyone, not just to their corporate clients and those who can pay.””End-to-end encryption is one of the most important technologies keeping people safe online, and it’s essential for basic human rights,” she added in a statement. “Every company should offer users end-to-end encryption wherever possible. And companies should stand up for their users’ rights by refusing to enter into partnerships or build backdoors for law enforcement agencies that routinely abuse their power.”As the coronavirus pandemic has forced millions to work or attend classes from home, Zoom has skyrocketed in popularity in recent months.With the boom of new users, the platform came under increased scrutiny from internet safety and privacy advocates — and calls for it to provide end-to-end encryption mounted.Some 20,000 people co-signed a letter to Zoom drafted by internet privacy advocacy groups, the Mozilla Foundation and the Electronic Frontier Foundation, demanding free end-to-end encryption.On Wednesday, Zoom’s CEO Eric Yuan announced in a statement that they created the updates after engaging with civil liberty organizations, child safety advocates, government representatives, users and more.”We are also pleased to share that we have identified a path forward that balances the legitimate right of all users to privacy and the safety of users on our platform,” Yuan said in a statement. “This will enable us to offer E2EE [end-to-end encryption] as an advanced add-on feature for all of our users around the globe — free and paid — while maintaining the ability to prevent and fight abuse on our platform.”Yuan said users in the “Free/Basic” tier will have to go through a one-time process of sharing more information about themselves and verifying their phone numbers.The end-to-end encryption feature will begin in beta in July, and users will have to opt-in. Eventually, account administrators will be able to enable or disable the end-to-end encryption at an account and group level.In late March, the Federal Bureau of Investigation warned of potential hijacks of videoconferencing applications, highlighting two so-called “Zoom-bombing” incidents in Massachusetts.In April, a joint report from the Department of Homeland Security’s Cyber Mission and Counterintelligence Mission centers warned that Zoom could be vulnerable to intrusions by foreign government spy services, including China. Copyright © 2020, ABC Audio. All rights reserved.