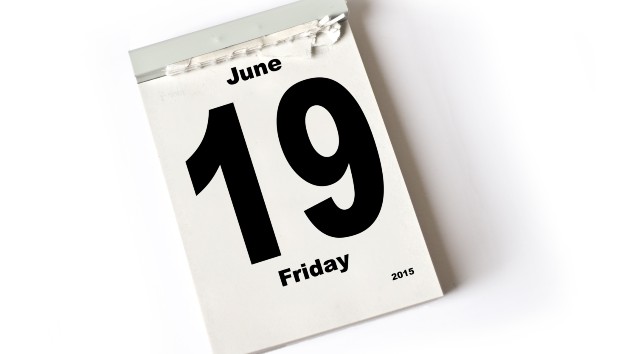 By ANDREA TUCCILLO, ABC News (RICHMOND, Va.) — Virginia Gov. Ralph Northam announced Tuesday that he’s proposing legislation to make Juneteenth a permanent paid state holiday.During a press conference, joined by singer/producer and Virginia native Pharrell Williams, Northam said he would start by giving state workers this Friday off for the holiday, which commemorates the end of slavery in the U.S.”Since 1619, when representative democracy and enslaved African people arrived in Virginia within a month of each other, we have said one thing, but done another,” Northam said. “It’s time we elevate Juneteenth not just as a celebration by and for some Virginians, but one acknowledged and commemorated by all of us.”He added, “It mattered then because it marked the end of slavery in this country, and it matters now because it says to black communities, this is not just your history — this is everyone’s shared history, and we will celebrate it together. This is a step toward the Commonwealth we want to be as we go forward.”Virginia already recognized the day with a proclamation, but the legislation would make it an official day off.There are 47 states that mark Juneteenth as a ceremonial or state holiday, with only Hawaii, South Dakota and North Dakota remaining as holdouts. Texas was the first to declare it a state holiday in 1980.”This is a big display of progress and I am grateful for Virginia for leading the way,” said Pharrell, who was born in Virginia Beach. “From this moment on, when you look at the vastness of the night sky, and you see those stars moving up there, know that those stars are our African ancestors dancing. They are dancing in celebration because their lives are acknowledged.”The governor’s announcement comes days after he said the state will remove the statue of Confederate Gen. Robert E. Lee located on Monument Avenue in Virginia’s capital, Richmond.That city has been beset by protests for weeks with Police Chief William Smith resigning at the request of the mayor on Tuesday.Copyright © 2020, ABC Audio. All rights reserved.