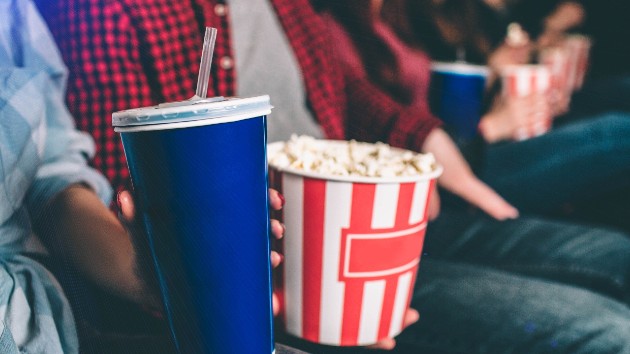 (NEW YORK) — Movie theaters in Los Angeles and New York City — the country’s two biggest movie-going markets — are keeping their fingers crossed for a July 10 reopening after having to stand down due to the COVID-19 pandemic, according to The Hollywood Reporter.

Regal Cinemas announced on Tuesday that most of its locations will open on July 10, with all of its theaters expected to be up and running by July 24. AMC Theatres and Cinemark Theatres are planning on similar phased reopenings.

Specific plans for New York City and Los Angeles have yet to be announced, pending the go-ahead from local authorities. However, THR cites “numerous sources” telling it that movie chains and Hollywood now believe cinemas there will once again be allowed to welcome customers on July 10.

California Gov. Gavin Newsom gave theaters the OK to reopen a week ago, with L.A. County expected to follow suit.  NYC movie theaters — currently part of the Phase Four reopening plan for businesses — will have a tougher slog, although there’s a push to make them part of Phase Three.

On Tuesday, Regal unveiled a list of safety measures it will take upon reopening, according to the industry trade, including keeping two seats empty between groups of patrons, reduced concessions and cleaning with special equipment.  Where required, employees and guests will wear masks, and capacity reduced by 50 percent.

In the meantime, Regal says it will initially offer classic titles — such as the Harry Potter films — at a discounted price of $5 for adults and $3 for children.