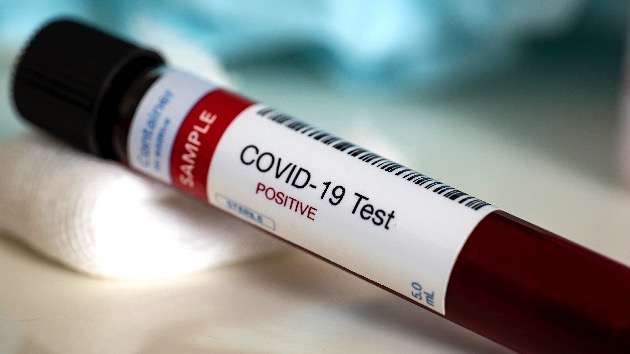 By OLIVIA RUBIN, JOSH MARGOLIN and EMILY SHAPIRO, ABC News(MONTGOMERY COUNTY, Ala.) — Montgomery County, Alabama, home to the state’s capital, is quickly emerging as a hot spot in the state’s battle against COVID-19, according to a leading health expert.  With nearly 3,000 people diagnosed with the coronavirus, Montgomery County now has more cases than any other county in the state, Dr. Don Williamson, the head of the Alabama State Hospital Association, told ABC News Tuesday. But Montgomery County isn’t the only one in danger.Montgomery, Jefferson and Tuscaloosa Counties are all reporting their largest increases in weekly cases due to outbreaks in the workplace, long-term care facilities and large gatherings, according to a FEMA memo distributed internally on Tuesday.As of Sunday, the intensive care unit (ICU) bed occupancy rate for Montgomery and Tuscaloosa Counties were each at 96%, according to the memo.According to Williamson, who previously led the state’s health department for 23 years, Alabama’s first wave never ended.Alabama has yet to see 14 straight days of declines, Williamson said, and he has “yet to see” any indication the situation is improving.Hospitals statewide are now hitting their worst “trifecta” yet: the largest number of new hospitalizations in one day; the highest total number of hospitalized patients; and the lowest ICU capacity since the pandemic began.Just 16% of ICU beds are still available statewide, Williamson noted. And according to the latest data available, some counties have even more worrisome figures: Tuscaloosa County has just one ICU bed available and Montgomery County has only three.At least 779 people in Alabama have died, according to the state’s data.In Montgomery County, “ICUs are full, patients are dying, and some of the staff that are normally working are out ill,” Williamson said.Though Montgomery County hospitals have the ability to make more space and temporarily convert other beds into ICU beds, Williamson warned that just one major outbreak, such as in a nursing home, has the potential to “overwhelm the system.”Williamson put it simply: “This is not OK. It has been going on for three weeks and nothing is getting better.”Williamson said the most troubling part to him is that Montgomery County health officials have not been able to pinpoint a source of the spread there.”I am very concerned about what this means for us going forward,” Williamson said. “Unless something changes, we’re very likely to see ongoing transmission through the summer.”Gov. Kay Ivey and Alabama’s health officer “are keeping a very close eye on how we are doing,” a spokeswoman for the governor said.Ivey “continues to reiterate that the threat of this virus is not behind us,” the spokeswoman said.Alabama’s Safer at Home order is in effect until July 3.”If we do not take it upon ourselves to keep ourselves and others safe by taking smart health precautions, we cannot expect to make progress,” the spokeswoman said. “Our health care workers are doing their part. We are seeing businesses make sacrifices and Gov. Ivey has faith in the people of Alabama to be smart as we wade through this health crisis.” Copyright © 2020, ABC Audio. All rights reserved.