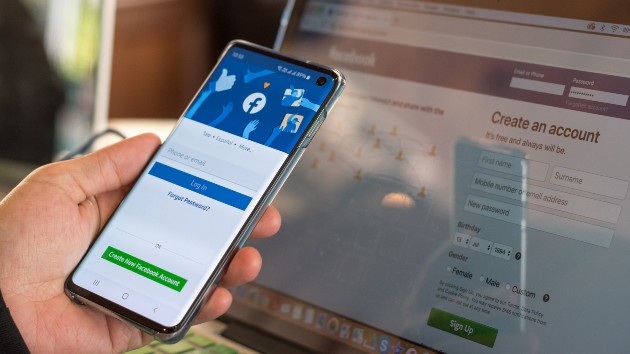 By CATHERINE THORBECKE, ABC News(NEW YORK) — Facebook announced it will allow people to “turn off seeing” political ads as the 2020 presidential campaigns ramp up in the U.S. ahead of November’s elections. CEO Mark Zuckerberg announced the changes in an op-ed for USA Today, saying it was part of the company’s efforts “to help 4 million people register to vote.” “And for those of you who’ve already made up your minds and just want the election to be over, we hear you — so we’re also introducing the ability to turn off seeing political ads,” Zuckerberg wrote. “We’ll still remind you to vote.”The social media giant has long been embroiled in controversy for its political ads and its role in the spread of political misinformation online. Political ads that target specific groups of people was one of the main factors critics say allowed disinformation to spread on the platform, especially during the 2016 election. The move comes months after Twitter announced a full, sweeping ban on political ads in November 2019.”Starting today for some people and rolling out to everyone in the U.S. over the next few weeks, people will be able to turn off all social issue, electoral or political ads from candidates, Super PACs or other organizations that have the ‘Paid for by’ political disclaimer on them,” Naomi Gleit, Facebook’s vice president of product management and social impact, said in a blogpost announcing the updates on Tuesday. “You can do this on Facebook or Instagram directly from any political or social issue ad or through each platform’s ad settings. However, we know our system isn’t perfect,” Gleit added. “So if you’ve selected this preference and still see an ad that you think is political, please click the upper right corner of the ad and report it to us.”The feature will roll out in the U.S. to start, and the company said they will aim to make it available in other countries later this fall. Facebook also announced that it will now include the “Paid for by” disclaimer on posts that are reposted on people’s pages, which previously did not appear when it was shared by someone on their profile or posted on a page. Finally, the company said it will also add a feature to its Ad Library that allows users to track ad spending for U.S. House and Senate races in addition to the presidential race. Copyright © 2020, ABC Audio. All rights reserved.

Lizzo jokes that she and Chris Evans are “going to have a Little America!”
Dutch skateboarder Candy Jacobs discusses nightmare of missing Olympics due to COVID
Anxious about the return to ‘normal’? Here are five tips to help post-pandemic anxiety
Biden’s vaccine requirement could ‘very well’ require troops to get the shot
Pacific Northwest braces for another heat wave as dozens of wildfires continue to burn
Wisconsin judge finds probable cause to charge police officer in fatal shooting