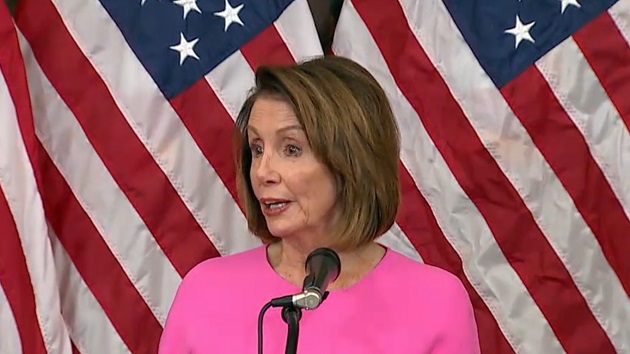 (WASHINGTON) — BY: CATHERINE SANZSocial media platforms have exploited the health of their users by profiting from insidious COVID-19 misinformation, House Speaker Nancy Pelosi said Tuesday.Pelosi said there was strong bipartisan support to “get tough on platforms” in the wake of the COVID-19 pandemic.She called on advertisers to “know your power” and actively discourage platforms from allowing life-threatening misinformation about novel coronavirus.“We need to send a message to social media executives that you will be held accountable,” Pelosi said.Pelosi cited bogus COVID-19 cures and other health-related scams as examples of life-threatening misinformation on social media. The California lawmaker was speaking as part of a forum on the consequences of digital platforms’ “misinformation negligence” hosted by George Washington University’s Institute for Data, Democracy and Politics (IDDP). She joins a growing number of Democrats who have spoken critically of social media companies in recent weeks.“Advertisers are in a position of power … [they] have tremendous leverage,” Pelosi said. “Platforms have a business model and they need to advertise.”She argued “we are at a day of reckoning” about the virus and truth in the age of misinformation. She took issue with claims from social media executives, such as Facebook CEO Mark Zuckerberg, that freedom of expression must always be protected. Zuckerberg has come under fire from employees within his own company in recent weeks for refusing to take action on a post from President Donald Trump that appeared to endorse the shooting of protesters who engaged in looting.“Fact checking is not censorship and labeling a call to violence is not authoritarian,” she said.This is not the first time that Pelosi has spoken out about COVID-19 misinformation. Last month, she criticized President Donald Trump’s executive order on preventing online censorship, saying it encouraged social media companies to “profit off falsehoods.” The executive order came days after Twitter called two of his tweets “potentially misleading.”Facebook has said that it is working to combat misinformation with a number of measures, including “connecting people to credible information” and banning ads for medical face masks, hand sanitizer, disinfecting wipes and COVID-19 test kits.The IDDP forum also featured testimony from doctors and nurses who said they felt like they were “fighting two viruses — COVID-19 and misinformation.”Jasmine Weiss, a postdoctoral fellow at the Yale School of Medicine, warned about the impact inaccurate social media messaging has on black and brown communities.“I remember reading comments on social media saying that black people could not get the virus,” she told the forum.Also speaking at the forum was Democratic Rep. David Cicilline of Rhode Island, who is leading an antitrust investigation of Facebook and other technology companies by the House Judiciary Committee. He said platforms were “making too much money” to change their ways.“With tremendous economic power, it’s often accompanied by tremendous political power, and they are already investing a lot to give them more political power,” he said. “We are going to be in for the fight of our lives.”When asked if he was satisfied that the country was prepared to tackle misinformation and disinformation as it related to the upcoming presidential election, Cicilline said he was “not satisfied at all.”