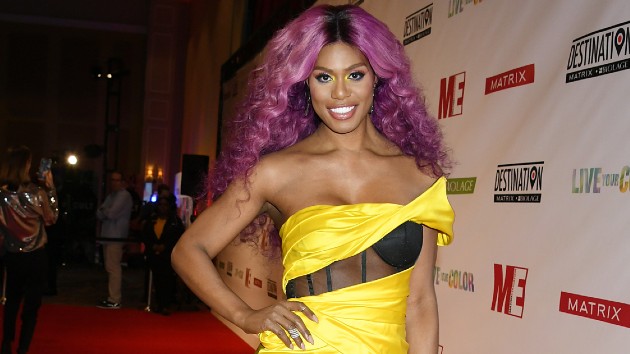 Photo by Jennifer Graylock/Getty Images for Matrix
Posted on June 16, 2020 by ABC News

(LOS ANGELES) — Celebrities and the LGBTQ community alike are celebrating the landmark decision from the U.S. Supreme Court that extends workplace protections to cover sexual orientation and gender identity.

The Orange Is the New Black alum added that she was worried that the Supreme Court would vote differently. “I think because the makeup of the court is very conservative, we didn’t have high expectations of this,” Cox admitted, saying she was relieved that the justices ruled 6-3 on extending protections for the LGBTQ community.

“There are so many moments in our country where justice is not served, but in this moment, in the United States of America, the Supreme Court affirmed that firing someone from their job [for being gay or transgender is illegal],” the 48-year-old celebrated. “This Supreme Court victory is huge.”

Cox honored those who have paved the way for gay, lesbian, bisexual, intersex and trans rights. “Some people did not live to see this day but they were part of it,” she noted, being sure to add that those who passed before Monday’s landmark ruling are now “affirmed.”

The Can You Keep a Secret? actress noted that, just because the Supreme Court made the workplace fairer does not mean the fight for equality is over.

“It doesn’t change the hearts and minds of our fellow citizens who are murdering us and discriminating us around race, gender and sexual orientation,” Cox warned, calling for everyone to “look inside ourselves” to bring change by challenging policies and value systems.

Dev Patel and Joel Edgerton say they were blown away by their new film ‘The Green Knight’
Wilmer Valderrama says new podcast was inspired by his dad’s COVID-19 battle
DOJ declines to back Rep. Mo Brooks in lawsuit brought by Rep. Swalwell over Jan. 6 incitement
Mississippi asks Supreme Court to overturn Roe v. Wade
New York Jets assistant coach Greg Knapp dies after being struck by vehicle
Robin Williams honored by son on what would be his 70th birthday