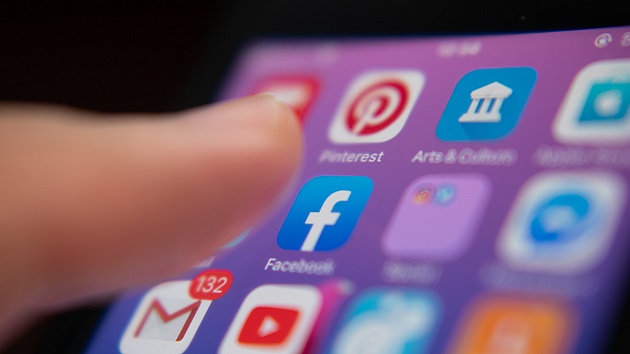 By MATTHEW MOSK and MARK OSBORNE, ABC NEWS(NEW YORK) — Facebook executed a takedown Tuesday of social media accounts connected to two organizations the company considers to be hate groups and had banned across their platforms: Proud Boys and American Guard.Facebook officials told ABC News the company completed a network disruption that their security teams had originally initiated on May 30 against Proud Boys and the American Guard. On May 30, the social media’s internal monitors started seeing traffic from both organizations indicating they intended to send armed agitators to ongoing protests sparked in the wake of the death of George Floyd.“We accelerated our investigation and enforcement to remove the accounts, pages and groups we had found by that point and then continued our work mapping out the rest of the network,” Facebook officials said.The company announced Tuesday its teams had identified more participants in those networks, and so took action to remove those accounts. In total they removed 358 Facebook accounts and 172 Instagram accounts tied to the organization known as Proud Boys. They removed 406 Facebook accounts and 164 Instagram accounts tied to the group known as American Guard.“In both cases, we saw accounts from both organizations discussing attending protests in various US states with plans to carry weapons but we did not find indications in their on-platform content they planned to actively commit violence,” the company said.The Proud Boys were formed in 2016 by Gavin McInnes, one of the founders of Vice Media, and while they deny any connection to the alt-right, they claim to be anti-political correctness and anti-white guilt, according to the Southern Poverty Law Center. The SPLC categorizes them as a hate group.McInnes himself said he was “quitting” the Proud Boys in an interview in November 2018.Many of the Proud Boys appeared as the “Unite the Right” rally in Charlottesville, Virginia, that ended in the death of a counterprotester.Facebook said the accounts taken down include Proud Boys members who were captured on video in a skirmish in Seattle on Monday.The American Guard, which the SPLC designates as being associated with the Proud Boys, is a fellow right-wing group. The Anti-Defamation League refers to them as “hardcore white supremacists.”Copyright © 2020, ABC Audio. All rights reserved.