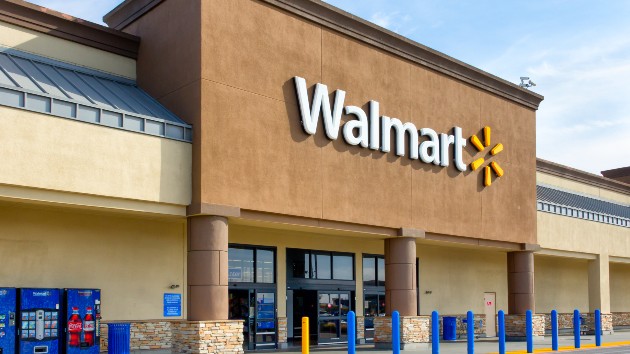 By ROSA SANCHEZ, ABC News(HOUSTON) — Two women from Houston are suing a local Walmart claiming they were discriminated against by an employee because of their race.Samantha Sharpe and her aunt, Cleatris Johnson, alleged they were walking out of the store around Thanksgiving last year, when an employee asked to see their receipt, according to Houston ABC station KTRK-TV. The women noticed that two white men walked out the store before them without being checked, so they too continued to exit, according to a statement from Sharpe’s lawyer.A loss prevention employee approached them and allegedly grabbed a bag out of Sharpe’s hand while screaming accusations, the statement said.In the struggle, the employee damaged Sharpe’s cellphone, earbuds and glasses, according Sharpe’s attorney.The lawyer added that employees in the store called police after witnessing the incident, and when officers showed up, they placed Sharpe in handcuffs.Once they verified her purchases, she was released.”Walmart needs training and policies to change its racially discriminatory practices,” said lawyer Randall Kallinen, according to KTRK. “There is no legal requirement that anyone show a receipt as they exit a store, even though Cleatris and Samantha did.”Walmart — which was sued in 2018 by a woman for locking away the hair and skin products made for African Americans — apologized for how the situation was handled.”In addition, our store reinforced our asset protection practices with associates in those roles after the incident,” they said. “While we are not going to discuss personnel matters, the associate is no longer with the company. We regret how this matter was handled, and it does not represent the pleasant shopping experience we want all customers to have with us.”Copyright © 2020, ABC Audio. All rights reserved.

COVID-19 live updates: 7 states accounting for about half of new cases
Is delta more dangerous for children? Pediatrician answers top back-to-school questions
‘South Park’ creators ink reported $900 million deal for 14 Paramount+ movies; show to run through 2027
Unvaccinated patient in hospital pleads for others to get vaccine: ‘I want to help as many people as I can’
COVID-19 live updates: Moderna vaccine 93% effective against symptomatic disease after 6 months
Defense Secretary to announce mandatory COVID vaccinations for troops ‘soon’: Sources