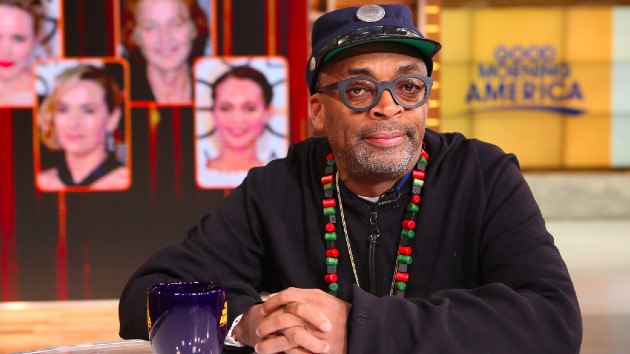 (NEW YORK) — Spike Lee apologized on Saturday for defending embattled filmmaker Woody Allen against what he called “this cancel thing” an interview a day earlier.

“I Deeply Apologize,” the director tweeted. “My Words Were WRONG. I Do Not And Will Not Tolerate Sexual Harassment, Assault Or Violence. Such Treatment Causes Real Damage That Can’t Be Minimized.-Truly, Spike Lee.”

The Do the Right Thing filmmaker’s apology came after Lee, while promoting his new Netflix film, Da 5 Bloods, spoke out on the way many people regard Woody Allen amid cancel culture and #MeToo.

“I’d just like to say Woody Allen’s a great, great filmmaker,” the Brooklynite, 63, told New York’s WOR radio on Friday. “And this cancel thing is not just Woody.”

“I think that, when you know, we look back on it, we’re gonna see that, I don’t know if just short of killing somebody, I don’t know you just erase somebody like they never existed,” Lee continued.

“So, Woody’s a friend of mine, a fellow Knick fan, so I know he’s going through it right now,” he added.

Allen, has been accused of molesting his adopted daughter, Dylan Farrow, a claim which he has denied.

Injured in a video game? Attorney Bryan Breynolds, no relation to ‘Free Guy’ star Ryan Reynolds, is here for you
COVID-19 live updates: 7 states accounting for about half of new cases
Is delta more dangerous for children? Pediatrician answers top back-to-school questions
‘South Park’ creators ink reported $900 million deal for 14 Paramount+ movies; show to run through 2027
Unvaccinated patient in hospital pleads for others to get vaccine: ‘I want to help as many people as I can’
FAA urges airports to help stop alcohol ‘to go’ amid unruly passenger spike