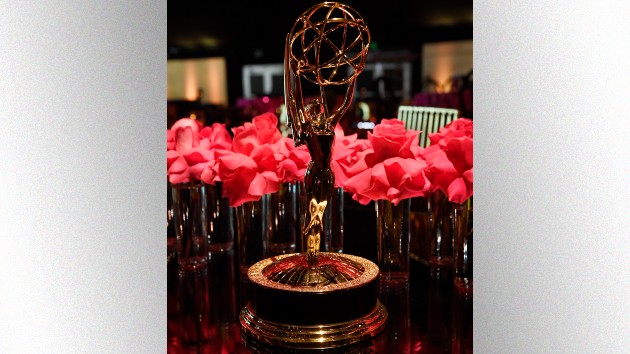 (LOS ANGELES) — While numbers regarding the COVID-19 pandemic appear to be trending downward in some places and on the upswing in others, the virus is still having a major effect on Hollywood.

The Television Academy has announced that its three glitzy post-Emmys Governors Balls have been scrapped for this year, and the Creative Arts Emmys events — which hail achievements behind the scenes and are traditionally staged before the main Emmys telecast — are moving to virtual events.

In a statement, Television Academy CEO Frank Scherma said the moves were made, “as a precautionary measure to protect the health and safety of Emmy winners, nominees and guests during the uncertainty caused by the COVID-19 pandemic.”

Scherma also announced a $1 million donation to the Actors Fund’s COVID-19 relief initiative, to help those whose jobs were affected — or lost altogether — during pandemic shutdowns. “This has been an incredibly challenging time for our industry; and though we are now making plans to get back to work, we know there are many still suffering from the work stoppage caused by the coronavirus,” Scherma said.

Since March 18, 2020, the Academy notes, The Actors Fund has provided more than $12.5 million in emergency financial assistance to more than 10,500 people in the entertainment industry.

New legislation would require women, like men, to sign up for potential draft
‘Modern Family”s Ariel Winter hopes for “freedom” for Britney, “consequences” for people “who have kept her away”
Patina Miller and Omar Epps explain why ‘Power Book III: Kanan’ was the perfect series for them to join
Chrissy Teigen thanks fans for sending the “most amazing” condolences after loss of baby Jack
Tokyo Olympics opening ceremony: Best moments from the event
Pediatricians’ advice for parents confused about kids and face masks amid COVID-19 surge