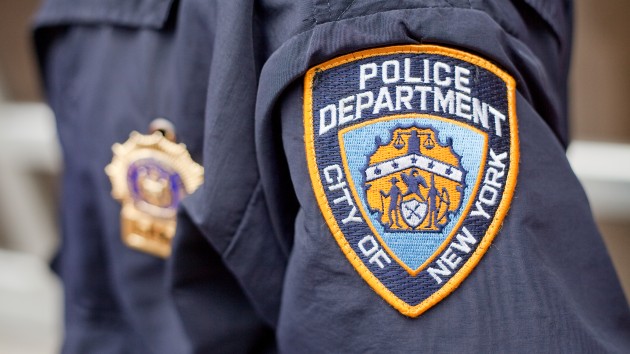 By AARON KATERSKY and CHRISTINA CARREGA, ABC News(NEW YORK) — The New York Police Department is investigating claims a 16-year-old Bronx student was zapped in the face with a stun gun and taken to the hospital without his family being notified after being arrested for allegedly setting fires.The family of Jahmel Leach wants answers about the boy’s arrest for fifth-degree arson, a misdemeanor, during looting on East Fordham Road that ended with an officer allegedly using a stun gun on Leach’s face and taking him to St. Barnabas Hospital.Family members, who said the teen was merely watching, not partaking in vandalism or looting, around 9 p.m. of June 1, held a news conference outside the Bronx District Attorney’s Office on Thursday.”The police department is supposed to take an oath to protect and serve, not just us — the youth,” said Daisy Acevedo, Leach’s mother, adding that she would “protect my child and I will do so to my last breath.”Acevedo said she was not notified of the arrest until he arrived at the hospital, a violation of legislation passed in October 2018.Law enforcement sources told ABC News that Acevedo “was notified of his status by 11:30 p.m.”While District Attorney Darcel Clark’s office is not prosecuting Leach’s criminal case, it is investigating the allegations of misconduct, a spokeswoman confirmed to ABC News on Thursday. Leach’s case is expected to be heard in family court.”It is clear after what happened to Jahmel Leach at the hands of the NYPD, in addition to legislation aimed at ending police brutality, what is also needed is a change in the mentality of police officers in this city who believe they can brutally treat victims like they did this 16-year-old and they will not be held accountable for their wrongful acts,” said Sanford Rubenstein, an attorney for Leach.Officers initially spotted him leaving a vandalized T-Mobile store, but not in possession of any property, an NYPD official said.NYPD said body camera footage shows the teen lighting a pile of rubbish on the street as officers arrived on the scene in an unmarked vehicle.According to surveillance video obtained by ABC News on Thursday, Leach also is seen standing next to an unidentified person before the unmarked car approached.As an officer exits the vehicle, a stun gun appears to be deployed, striking Leach, who falls flat on his face, the video shows.Officers are seen in the video rushing toward Leach as one officer strikes him twice with a baton — once behind the knee, once on the back.On the bodycam footage, the teen is heard telling police officers, “I didn’t set the fire,” before saying, “They made me do it,” sources told ABC News.”The matter is under internal review,” an NYPD spokesperson told ABC News on Thursday morning.The family said an officer involved in the incident later told Acevedo, “I’m sorry, he is so tall I thought he was an adult when I took him down.””I demand justice and won’t stop until I get it,” Acevedo added.The teen and his family confronted Mayor Bill de Blasio at a memorial service in Brooklyn for George Floyd last Thursday.Floyd’s May 25 killing in Minneapolis was captured by a bystander’s cellphone. Four terminated officers of the Minneapolis Police Department were charged in connection to his murder.Almost a week later, de Blasio spoke out on Twitter about Leach’s case and verified that the police are investigating the matter.

“I’m really troubled by what they told me. We’re going to get them answers,” the mayor wrote.”The virus of police brutality has spread, and it doesn’t seem like it will be cured. We will fight for justice for him,” said Rev. Kevin McCall, a civil rights leader who has been on the front lines of protests with Terrence Floyd, the brother of George Floyd. “I’m calling on the police commissioner to meet with him regarding the NYPD using excessive force on an incident bystander.”Several NYPD officers have been disciplined for allegations of misconduct during the protests. So far, two have been suspended and a third was placed on modified duty. A precinct commander has been transferred.”I took action the last couple weeks in suspending a number of officers,” Commissioner Dermot Shea said during an internal pep talk he hosted on Twitter. “There will probably be more.”Police actions during the protests will come under review by the New York Attorney General’s office. Former United States Attorney General Loretta Lynch has been brought on as an adviser.The city’s school chancellor, Richard Carranza, also spoke out about what happened to Leach.”I am horrified. … The New York City Department of Education condemns police brutality and any brutal acts by those whose duty is to serve and protect our communities. New Yorkers and Americans — including our students — are crying out for change. We must hear them, respect them and heed their calls. We are here for Jahmel and his family,” Carranza wrote, in part.Copyright © 2020, ABC Audio. All rights reserved.