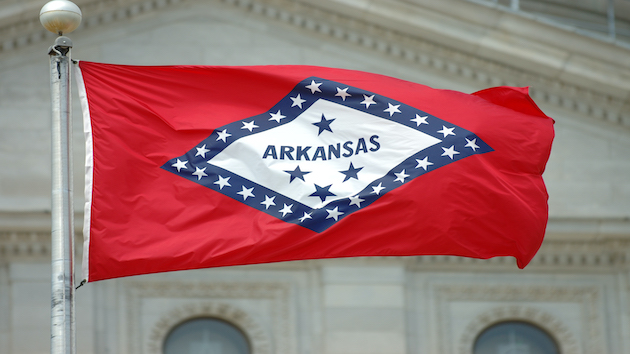 (NEW YORK) — After a year of secrecy and mystery, the public is about to start seeing records connected with the investigation into the killing of former Arkansas state Sen. Linda Collins-Smith.

During a lengthy pretrial hearing Friday in Pocahontas, Arkansas, Judge John Fogleman said in the coming days he would be unsealing at least 51 documents filed by investigators and prosecutors under one of the strictest gag orders ever seen by legal observers in Arkansas history. Fogleman did not say when he would be releasing the documents or how many pages.

“People need to be able to see what’s going on,” Randolph County Sheriff Kevin Bell, who’s running the homicide investigation, said in an interview after court.

The judge’s order followed a decision earlier this year to modify the gag order in the case and restrict how much the authorities could do without the public and the media having access. His decision came after ABC News and the Arkansas Press Association sued for access to the records.

Fogleman took over the case late last year after three prior judges withdrew because of potential conflicts of interest.

Collins-Smith, 57, disappeared in May 2019 and her bloody body was found on June 4. Within days, authorities arrested Rebecca O’Donnell, 49, a longtime employee and friend of Collins-Smith, and charged her with murder. Prosecutors are seeking the death penalty against O’Donnell, who helped manage Collins-Smith’s personal finances and motel business.

O’Donnell has pleaded not guilty. She and her family have maintained she could not have killed a woman with whom she was so close for so long.

In a separate case, O’Donnell has also been charged with trying to hire fellow jail inmates to kill Collins-Smith’s ex-husband and the prosecutor and judge who used to be assigned to the murder case. O’Donnell has pleaded not guilty in that case, as well.

O’Donnell has been held without bail since her arrest last June. She sat through Friday’s court hearing without speaking and did not say anything to reporters outside the courtroom. O’Donnell wore a striped prison uniform, full body chains and a medical mask because of coronavirus concerns.

The court session had been postponed since last month because of the ongoing pandemic.

O’Donnell is due to stand trial on the murder charges in October.

The hearing was called to deal with a series of procedural and legal questions that need to be resolved prior to jury selection. There was no discussion of the prosecution’s theory of the case or what evidence authorities plan to use at trial. Those details remain shrouded in mystery.

As the hearing progressed, the defense made repeated efforts to invalidate the capital charge and have the death penalty removed from consideration. Fogleman wasted little time in ruling against O’Donnell’s team.

Other motions also dealt with procedural issues like jury instructions, O’Donnell’s access to her lawyers and courtroom etiquette for observers.

“I always try to run a tight courtroom,” Fogleman said. “I’m not in the business of wasting more time than is necessary.”

The lawyers also discussed a defense motion to “bar improper prosecutorial argument.” The new prosecutor on the case, Robert Dittrich, responded quickly: “I can assure you from the bottom of my heart, I do not intend to mess this up.”

Dittrich replaced Henry Boyce, who recused himself amid the controversy over the extreme secrecy that surrounded the case.

Court officials observed social distancing practices because of the pandemic and, during the hearing, people only took down their masks when addressing the court. Officials checked temperatures as visitors entered the courthouse.

The next hearing in the case is scheduled for Aug. 6 and 7.