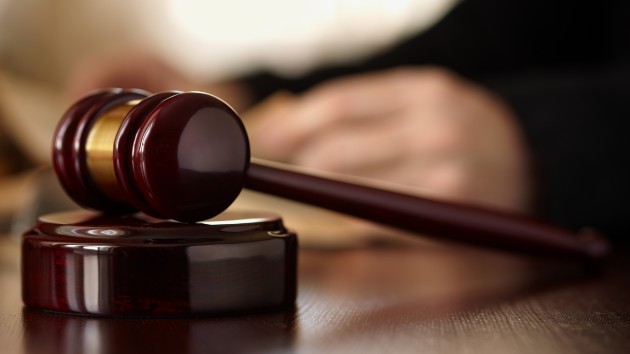 By KATE HOLLAND and JOSH MARGOLIN, ABC News(NEW YORK) — The sad and twisted tale that ended in the killing of a former state senator and businesswoman in northeastern Arkansas is about to become a little more clear.After a year of near-silence in the case of Linda Collins-Smith, prosecutors and investigators are about to start explaining their version of what happened without witnesses along a quiet road in a town called Pocahontas.”It’s an interesting case, a complicated case, a difficult case,” prosecutor Robert Dittrich told ABC News in a rare interview. “There are very few murders in my career that weren’t sad. And usually, it’s sad for both sides, both for the victim’s family and the defendant’s family.”After delays caused by repeated changes in what judge would hear the case and who would be prosecuting it — as well as the ongoing coronavirus pandemic — pretrial hearings in the Collins-Smith killing are due to resume Friday morning.The trial is slated for October.”The investigation is largely concluded at this point,” said Dittrich, who entered the case in December. The original prosecutor Henry Boyce withdrew because of controversy surrounding the unprecedented level of secrecy surrounding the investigation.”There were a few things I asked [investigators] to follow up on … based on some new technological developments,” Dittrich said. “But I would say the investigation is 95, 98, 99% complete.”On June 4, 2019, the body of Collins-Smith, 57, was found at her home after she had disappeared in late May. Within days, authorities arrested Rebecca O’Donnell, 49, a longtime employee and friend of Collins-Smith, and charged her with murder. Prosecutors are seeking the death penalty against O’Donnell, who helped manage Collins-Smith’s personal finances and motel business.Even as officials insisted they had a “mountain of evidence” against O’Donnell, they repeatedly refused to elaborate. A sweeping gag order was slapped on the case, and even scheduling information at the court was shrouded in secrecy. All the while, O’Donnell and her allies maintained the woman was innocent. O’Donnell continues to be held at the Randolph County Jail, awaiting her trial.”Becky’s not capable of this. … There’s not a chance she did this,” her fiancé, Tim Loggains, told ABC News’ Good Morning America last year.As if the case were not bizarre enough, prosecutors in January charged O’Donnell with trying to hire people to kill Collins-Smith’s ex-husband and the former judge and prosecutor on the murder case. Those allegations were based on information from jailhouse informants and she has pleaded not guilty to those counts.Her lawyers scoffed at the new charges. One of the defense lawyers, Lee Short, dismissed them as a blatant effort by inmates to “improve their situations by giving statements against” high-profile inmates.In the ABC News interview, Dittrich acknowledged the death penalty case “is not going to have an eyewitness.” He did, however, say the prosecution “will have people testify to the relationship between the victim and the accused.” He said the arguments he plans to present to the jury would be “quite scientific.”The prosecutor declined to lay out a motive or his theory of the case, but he said the death of Collins-Smith boiled down to money.”The pecuniary gain aspect is an allegation that $15,000 in gold had been stolen by Becky (O’Donnell) from Linda and various possible information about the motel we’re still trying to flesh out,” Dittrich said. “The $15,000 was money that was taken from the motel, we believe.”The prosecutor said he would try to convince a jury to sentence O’Donnell to death under the authority of two Arkansas statutes that would qualify the crime as deserving of capital punishment. He will have to prove both that the murder was premeditated for the purpose of financial gain, and that it was carried out to avoid detection or arrest, as he alleges.O’Donnell’s attorneys did not respond to requests for comment. In one pretrial motion they said the financial specifics have not been explained properly and argued they would need to be laid out in detail if the jury is to be allowed to hear about them. They asked the judge to order prosecutors “to provide notice of the specific item of pecuniary gain allegedly sought.”That motion is among a list scheduled to be heard during Friday’s hearing, which is also expected to include testimony from the sheriff who ran the investigation and the administrator of the jail currently holding O’Donnell.In recent weeks, lawyers on both sides submitted motions in preparation for the hearing. In addition to the question about financial motivation, many of the issues deal with procedural or logistical questions that often arise in the run-up to a capital murder trial.Defense attorneys have taken issue with the validity of the charges, the legitimacy of the death penalty and they also complain that jailers have restricted O’Donnell’s access to her attorneys because of visitation restrictions imposed amid the COVID-19 crisis.There is a history, as previously reported by ABC News, of jailers keeping O’Donnell locked up under the most stringent restrictions without legal justification. At the time, O’Donnell had been placed on “investigative status,” though she hadn’t violated any rules, officials said. It was eventually confirmed that the Arkansas State Police directed local officials to restrict her privileges without legal justification. When that was reported the night before Thanksgiving last year, the restrictions were lifted.Perhaps the most significant motion filed by defense lawyers heading into Friday’s hearing notes that they would not contest the heinous nature of the crime and the bloody condition of Collins-Smith’s body in return for the judge prohibiting the display of crime-scene photos at trial.O’Donnell, the attorneys wrote, “stipulates to the cause and manner of death and also to the location of the body. … In light of the defendant’s stipulation and the fact that the photographs of the deceased are extremely grotesque, the photographs should not be admitted.”Dittrich did not address the specific defense motions, but did tell ABC News that there is an enormous amount of evidence and, “I plan to introduce video.” He declined to say what the video would show.Copyright © 2020, ABC Audio. All rights reserved.