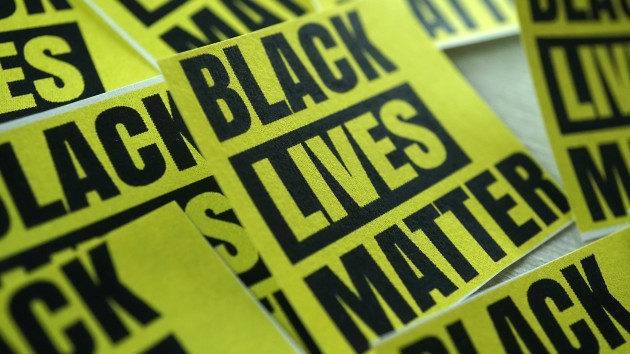 By EMILY SHAPIRO, ABC News(NEW YORK) — From a retired police captain to a former college football player, the unrest in the wake of George Floyd’s death has led to more lives lost — including those of more black men.Here are some who lost their lives in events surrounding the protests: David McAteeDavid McAtee, owner of a barbecue restaurant in Louisville, Kentucky, was shot dead by the National Guard during a night of protests.McAtee, 53, was a “pillar of our community,” Ted Shouse, a McAtee family attorney, told ABC News.He was a “peacemaker” who “offered food to people in conflict as a way of easing conflict,” Shouse said.McAtee was also a friend to law enforcement and loved offering them food, Shouse said.Just after midnight on June 1, members of the Louisville police and Kentucky National Guard were trying to disperse a protest crowd when they were fired upon, and then they returned fire, J. Michael Brown, secretary of the governor’s executive cabinet, said Tuesday.McAtee was fatally shot by a National Guard member, Brown said. It is not yet known which National Guard member fired that shot, he said.Video footage from McAtee’s restaurant and a neighboring business appeared to show officers approaching McAtee’s business, police said at a news conference addressing the shooting last week.McAtee then appeared to fire a gun outside his restaurant, toward the officers, police said. Officers took cover and returned fire, police said.McAtee fired in the officers’ direction twice, Brown said.Gunshot residue was found on McAtee, Brown said, and investigators say they are confident that a gun found at the scene was the one McAtee was holding.But Shouse says it’s not clear to him that McAtee fired at all.Shouse also said that it is “indisputable” that officers fired first, using PepperBall guns.”Whatever else happened there, the police fired first,” Shouse said.Louisville Metro Police Chief Steve Conrad was fired after it was announced there was no body camera footage available of McAtee’s shooting.To Shouse, that’s “proof that something went wrong.””That’s remarkable,” he said.The Kentucky State Police is working with the FBI to do a frame-by-frame review of the videos from the scene, Brown said.Gov. Andy Beshear said Tuesday he’s committed to providing “all the facts” and continuing the investigation “at a significant pace.”Before the McAtee shooting, Conrad said he would retire at the end of June after facing immense pressure following the March death of Breonna Taylor, a young black woman who was shot dead by police while in her home.

Chris BeatyChris Beaty, a 38-year-old entrepreneur, was shot dead during a night of protests in Indianapolis, Indiana, his nephew, Jared Thomas, told ABC News.Beaty was shot on May 30, just before midnight, and pronounced dead at the scene, according to Indianapolis police.The protests were downtown, where Beaty lives, but he was not participating in the protests, his nephew said. Thomas said he thinks his uncle was in the wrong place at the wrong time.No arrests have been made.Beaty was a “comforting” presence who “had a knack for making everyone feel important,” his nephew told ABC News.He “poured so much into so many people — so many people of different races, different backgrounds. That’s just who he was,” Thomas said.Beaty played football for four years at Indiana University where he “stood for everything we as Hoosiers believe is right,” according to former head football coach Cam Cameron.”Chris was a great person and teammate, a leader, someone who always put others, black or white, before himself,” Cameron said in a statement. “Unfortunately, from what I’ve been told, it cost him his life as he was returning home from helping someone else get home safely during the riots before he was shot.””I think I can speak for everyone in our locker room as well as Indiana University, we all loved Chris,” he said.Indianapolis police ask anyone with information to call the homicide department at 317-327-3475 or Crime Stoppers of Central Indiana at 317-262-8477.

David DornDavid Dorn, a retired captain with the St. Louis Police, was shot dead during a looting at a St. Louis jewelry and pawn shop in the early hours of June 2.Shop surveillance video showed that several people broke in and looted TVs, according to a probable cause statement.Dorn was there trying to protect the store from looters as the city’s protests gave way to violence, according to the St. Louis Post-Dispatch. Dorn was friends with the shop owner and often went over to check when the burglar alarm went off, his wife told the St. Louis Post-Dispatch.When Dorn approached, the suspect was walking to his car. The suspect was then seen with a gun in his hand, the statement read, citing the surveillance video.The video showed that when “the shots were fired, the defendant was the only person standing at that corner,” the document read.After Dorn was shot and fell to the ground, the suspect was seen on video heading to the door of the pawnshop, according to the statement.After the shots were fired, someone “yelled into the store to let the others know they could leave,” witnesses said, according to the court documents.Dorn “treated everyone with respect and dignity,” Missouri’s Public Safety Department tweeted. “His murder is another painful example of the terrible cost crime has on the good people of all our communities.”Dorn joined the Police Academy in 1969 and graduated in 1970, the St. Louis Police said. He retired in 2007.Dorn then became a police chief in Moline Acres.His wife, Anne Marie Dorn, is a sergeant with the St. Louis Police, according to the St. Louis Post-Dispatch.Dorn’s alleged killer, a 24-year-old, was arrested on charges including murder, robbery and burglary. A second person was arrested for burglary, stealing and armed criminal action.

Robert ForbesRobert Forbes, 56, died on June 6, three days after he was hit by a car during a protest in Bakersfield, California, according to the coroner’s office and police.On the night of June 3, protesters were marching in a roadway, and investigators obtained video filmed by someone who was trailing the main group of demonstrators, the Bakersfield police said. Forbes was among the demonstrators, according to The Bakersfield Californian.The video showed that Forbes was struck while walking northbound across the eastbound lanes of traffic, toward the center median, police said.Forbes was not in a crosswalk, police said.The driver pulled over on the nearest side street and waited for police before he was taken to the police department, authorities said.The driver has not been arrested.Investigators learned the driver was going 45 mph, which was the speed limit and “consistent with the flow of traffic,” police said.The driver had his headlights on and was not under the influence of drugs or alcohol, police said.Police said “there was no report of any kind of altercation between the driver and the protestors prior to the collision, nor was there any report of the driver accelerating or making movements to indicate he was targeting the pedestrian.”The police added: “A number of individuals have posted on social media saying they witnessed the incident but investigators have not been able to contact them. A final determination for this collision will be made once all the evidence has been collected, and investigative reports have been completed and reviewed.”Forbes’ sister, Espinola Parker, told Bakersfield station KGET-TV that she thinks the collision was “intentional.”

“I hope an arrest comes,” Parker told KGET-TV. “He killed a man here that somebody loved, somebody cared for, somebody’s son.”

Patrick UnderwoodPatrick Underwood, a 53-year-old federal law enforcement officer, was shot dead while providing security at a federal building in Oakland, California.On the night of May 29, Underwood and another Federal Protective Service officer were at the Ronald V. Dellums Federal Building when they were shot, the FBI said. The second officer survived.Underwood “served with distinction and honor as a federal office for the Department of Homeland Security until he was murdered, anonymously, by blind violence,” Underwood’s sister, Angela Underwood Jacobs, said Wednesday as she testified at the House Judiciary Committee hearing on police reform.The shooter, who fired from a car, remains at large, the FBI said.An FBI spokeswoman says the investigation into Underwood’s death “is ongoing so we can’t speculate as to any motives or connections at this time.”The FBI released photos of the white van they believe the shooter was driving. The van is described as a 1997-2002 Ford E-250 or E-350 cargo van. It didn’t appear to have license plates at the time of the shooting.The FBI is leading the investigation because the shooting was on federal property and the officers were on duty as contract security officers for the Department of Homeland Security Federal Protective Service (FPS).The FBI in San Francisco asks anyone with information to call 415-553-7400.”Patrick was a good man who only wanted to help others and keep his community safe,” Underwood Jacobs testified. “He has an infectious laugh and a corny sense of humor. He would go out of his way to help family, friends and strangers.””I want to ensure the memory of my brother, Patrick, is a catalyst against injustice, intolerance and violence of any kind,” she said. “Please do not let my brother Patrick’s name go in vain.”Copyright © 2020, ABC Audio. All rights reserved.