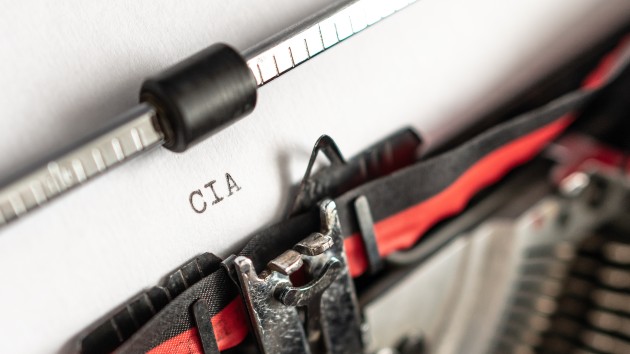 By ALEXANDER MALLIN and MIKE LEVINE, ABC News(WASHINGTON) — A former DEA spokesperson pleaded guilty in federal court Thursday to an elaborate, years-long wire fraud scheme in which he posed as a covert CIA operative to scam companies and individuals who believed they were supporting a highly classified government program out of millions of dollars.Garrison Courtney, who served in the DEA’s public affairs office between 2005 and 2009, admitted Thursday that he constructed his false identity and duped other unwitting individuals to help him convince companies to pay for involvement in either a special operations forces program operating covertly in Africa, or a separate program aimed at enhancing the United States’ intelligence collection abilities.According to his plea, Courtney’s scheme defrauded more than $4.4 million from at least a dozen companies.In exchange for those payments, Courtney told victims they would eventually be reimbursed by the CIA either by direct payments or lucrative contracts — but the so-called “task force” touted by Courtney did not exist, he admitted to a judge Thursday.To help build his illusion, Courtney created fake documents, told victims that foreign agents might be surveilling them and convinced victims to use encrypted forms of communication, according to Courtney’s statements in a federal court in Alexandria, Virginia Thursday.According to his guilty plea, Courtney had convinced actual government officials that they were selected to participate in the covert government programs, and those officials then met with victim companies at Courtney’s request, he admitted Thursday.”Unbeknownst to the public officials, Courtney separately would advise the corporate executives that the public official was leading the supposed classified program,” according to court documents. “Courtney would then use the public official’s attendance at these meetings to falsely burnish his legitimacy and the legitimacy of the supposed classified program in the eyes of the corporate executives.”In order to further conceal his scam, Courtney directed his victims to sign non-disclosure agreements and convinced the real government officials to let him hold meetings with company officials inside an actual “Sensitive Compartmented Information Facility,” or SCIF. Courtney or others would search individuals before entering the room and mandate they not bring in any electronic devices.

Courtney also constructed a completely fraudulent backstory about himself, according to victims, telling them he served in the Gulf War where he killed hundreds in combat and that a hostile foreign intel service sought to assassinate him with ricin.At times, he would accuse victims of leaking sensitive information and then threatened to sue them or have them arrested, Courtney admitted.During his scheme, Courtney gained a position working as a private contractor for the National Institutes of Health Information Technology Acquisition and Assessment Center (NITAAC), a branch of the NIH.While there, he “gained access to sensitive, nonpublic information about the procurements of other federal agencies being supported by NITAAC… [and] used that information to attempt to corrupt the procurement process by steering the award of contracts to companies where he was then also on the payroll,” according to the U.S. Attorneys office for the Eastern District of Virginia.Courtney now faces up to 20 years in prison, though he is expected to receive a lesser sentence. His sentencing date is set for Oct. 23. Copyright © 2020, ABC Audio. All rights reserved.