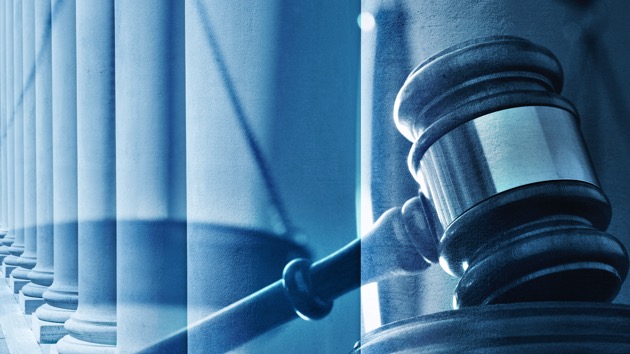 By ALEXANDER MALLIN, ABC News(WASHINGTON) — The Justice Department and the legal team for former national security adviser Michael Flynn faced tough questions from a skeptical panel of federal appeals court judges Friday morning in their bid to overrule a district judge who has not yet accepted the department’s request to throw out the case.”The Department of Justice is the only entity that can decide to pursue this prosecution,” Flynn’s attorney Sidney Powell said Friday. “The government has quit and it’s time to leave the field.”The three-judge panel is considering an appeal from Flynn’s attorneys, with support from the Justice Department, to intervene in the case after District Judge Emmet Sullivan appointed an outside former judge to present arguments against the department. Sullivan has said he will weigh those arguments as he decides whether to move forward in sentencing Flynn, who twice pleaded guilty to lying to the FBI about his conversations with the former Russian ambassador before seeking to reverse that plea last year.At least two of the judges on the panel, judge Karen Henderson and judge Robert Wilkins, expressed clear reservations in their questioning of Powell and Principal Deputy Solicitor General Jeffrey Wall, who was arguing on behalf of the government.”There’s nothing wrong with [Sullivan] holding a hearing as far as I know,” Henderson said. “I don’t know of any authority that says he can’t hold a hearing before he takes action.””To make us go through that process when the ultimate result has to be the grant of the motion to dismiss — the government’s just wasting resources out the wazoo pursuing this and the toll it’s taking on the defendant is clearly irreparable harm,” Powell responded.On Wednesday, ex-federal judge John Gleeson issued a scathing rebuke of the department’s reversal in the case, calling it a “gross abuse of prosecutorial power” in a filing that accused Flynn of committing perjury.”The Department of Justice has a solemn responsibility to prosecute this case — like every other case — without fear or favor and, to quote the Department’s motto, solely ‘on behalf of justice,"” Gleeson continued. “It has abdicated that responsibility through a gross abuse of prosecutorial power, attempting to provide special treatment to a favored friend and political ally of the President of the United States. It has treated the case like no other, and in doing so has undermined the public’s confidence in the rule of law.”Attorney General William Barr has denied acting at the behest of President Donald Trump and said the move to drop the case was based on newly uncovered evidence concerning the conduct of agents who investigated Flynn. Barr said that at the time of Flynn’s interview with the FBI the counter-intelligence probe into him was not legitimate, so his lies about his contacts with the Russian ambassador were not “material” to any legitimate investigation.Lawyers for Sullivan told the circuit court at the beginning of the month that it was at his discretion whether to accept the DOJ’s push to drop the case or move forward with sentencing Flynn, citing what they described as the department’s “unusual” behavior.”What, if anything, should Judge Sullivan do about Mr. Flynn’s sworn statements to the court, where he repeatedly admitted to the crime and to the voluntariness of his guilty plea, only to now claim that he never lied to the government and was pressured and misled into pleading guilty?” they said. “The process Judge Sullivan has established, including the appointment of an amicus, will permit him to fully consider the issues, and will aid this Court as well if further review becomes necessary.”The Justice Department has argued in response that Sullivan’s decision to install an outside party to argue against them and consider separate perjury charges against Flynn amounts to Sullivan improperly installing himself as a prosecutor, contrary to his constitutional role.Henderson, however, questioned that argument given Sullivan still hasn’t ruled one way or the other on the Justice Department’s push to drop the case.”I don’t see why we don’t observe regular order and allow him to rule,” Henderson said in an exchange with Wall. “For all we know, he will say [Gleeson’s brief] is over the top and the dismissal motion is granted.””You have all these allegations being lobbed at the executive branch, we’re going to have to answer them in a public forum in a politicized environment,” Wall responded. “If it isn’t already, I think it is threatening to become and will become the sort of public spectacle that I think [calls for the court to] foreclose [the case].”Separately, an attorney for Sullivan was pressed repeatedly by a third judge on the panel, Judge Neomi Rao, over his decision to appoint Gleeson as an outside party when the government sought to remove itself as the prosecuting party.”I mean, who [is Gleeson] arguing on behalf of?” asked Rao, the sole Trump-appointee on the panel. “What does it even mean to have an adversary where the government and the defendant agree, is it just representing some kind of inherent authority of the court?””It’s representing the authority of the court to understand the opposing arguments,” attorney Beth Wilkinson answered. “[Sullivan] can ignore [Gleeson], he can take some of his points under consideration and then he can ask his questions and make his rule.” Copyright © 2020, ABC Audio. All rights reserved.