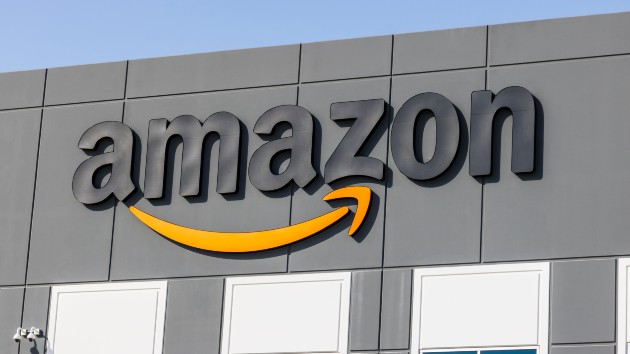 By CATHERINE THORBECKE, ABC News(NEW YORK) — Advocacy groups slammed Amazon’s announcement that it’s implementing a one-year moratorium on police use of its facial recognition software as a “public relations stunt” from the e-commerce giant.As issues of systemic racism in U.S. policing have been thrust into the spotlight after the killing of George Floyd and protesters across the country demand change, Amazon announced Wednesday it is banning police use of its facial recognition software, Rekognition, for one year.”We’ve advocated that governments should put in place stronger regulations to govern the ethical use of facial recognition technology, and in recent days, Congress appears ready to take on this challenge,” the company said in a statement.”We hope this one-year moratorium might give Congress enough time to implement appropriate rules, and we stand ready to help if requested,” the company added.Police use of facial recognition software has long courted controversy as an increasing body of evidence emerges that many of these tools may exhibit racial bias.A sweeping federal study published late last year by the U.S. Department of Commerce’s National Institute of Standards and Technology found much higher rates of false positives among the faces of people of color within 189 facial recognition software products, which encompasses a majority of the industry.Also in 2019, a study commissioned by Scotland Yard and researchers from the University of Essex in the U.K. found that 81% of suspects flagged by facial recognition technology used by London’s Metropolitan Police were innocent.Digital rights group Fight for the Future, which has long called for a ban on government use of facial recognition software, said Amazon’s one-year moratorium does not nearly go far enough.”This is nothing more than a public relations stunt from Amazon,” the group’s deputy director Evan Greer said in a statement. “But it’s also a sign that facial recognition is increasingly politically toxic, which is a result of the incredible organizing happening on the ground right now.”Greer claims Amazon has to be aware the technology is “racist,” and that “in the hands of police it will simply exacerbate systemic discrimination in our criminal justice system.””The last sentence of Amazon’s statement is telling. They ‘stand ready to help if requested,"” she added.Greer said Amazon’s calls for the federal government to “regulate” facial recognition also appear self-serving, “because they want their corporate lawyers to help write the legislation, to ensure that it’s friendly to their surveillance capitalist business model.””They’ll spend the next year ‘improving’ the accuracy of their facial recognition algorithms, making it even more effective as an Orwellian surveillance tool,” she said. “Then they’ll unleash their army of lobbyists to push for industry-friendly ‘regulations’ that assuage public concern while allowing them to profit.”Amazon declined ABC News’ request for comment on the advocate’s assertions, saying they would not comment further than what was published in a statement on their blogpost.Despite the temporary police moratorium, Amazon said it will continue to let organizations such as the International Center for Missing and Exploited Children use the software to “help rescue human trafficking victims and reunite missing children with their families.” Copyright © 2020, ABC Audio. All rights reserved.