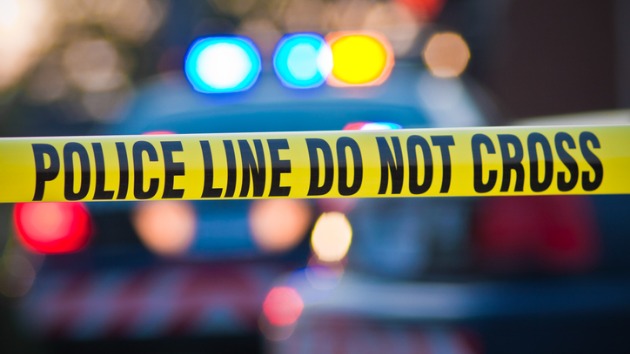 By KELLY MCCARTHY, ABC NEWS(SEATTLE) — Protesters in Seattle have seized a six-block area to create an autonomous police-free zone outside the East precinct that was abandoned on Monday.Jim Fuda, director of Law Enforcement Services for Crime Stoppers that works with Seattle Police, told ABC News’ Matt Gutman that he’s “never” seen a demonstration like this.”The people realize this building is the people’s. We pay for it with our taxes. We just want to make sure it’s used for the right things,” one protester told ABC News, adding that they’ll occupy the area for “as long as it takes.”Local law enforcement officials have come under fire for tactics in recent weeks including the use of flash bangs and pepper spray on crowds, and there are currently 14,000 complaints against Seattle police.Chief of Police Carmen Best addressed officers on Thursday about what she called “one of the toughest times ever in the history of the Seattle Police Department.””You should know, leaving the precinct was not my decision. You fought for days to protect it. I asked you to stand on that line, day in and day out,” she said. “I’m angry about how this all came about.”Best said the decision was made because they had “solid information to believe that [an] anti-government group would destroy the precinct” once they left.She also said that now, as a result of their officers’ vacancy, police can’t respond to calls in the neighborhood for other violent crimes.President Donald Trump called on both Best and Washington Gov. Jay Inslee on Twitter, telling them to “take back your city.””This is not a game. These ugly Anarchists must be stopped IMMEDIATELY. MOVE FAST,” the president wrote.Seattle Mayor Jenny Durken fired back at Trump, tweeting: “Make us all safe. Go back to your bunker.”

Make us all safe. Go back to your bunker. #BlackLivesMatter https://t.co/H3TXduhlY4

In an effort to de-escalate tensions with protestors, Best gave demonstrators concessions including a 30-day ban on officers’ use of tear gas for crowd control, according to ABC News Seattle affiliate KOMO.Copyright © 2020, ABC Audio. All rights reserved.

DOJ opening investigation into Phoenix Police Department, city of Phoenix
“The soul of The Valley is on the line”: With teaser, Netflix announces ‘Cobra Kai’ Season 4 to debut in December
‘Star Wars: The Bad Batch’ gets second season on Disney+
Jennifer Aniston reacts to twinning with Harry Styles
26-year-old sheriff’s deputy killed in ambush shooting: Louisville police
Team USA’s Matthew Centrowitz misses out on final, will not defend 1500 meter crown