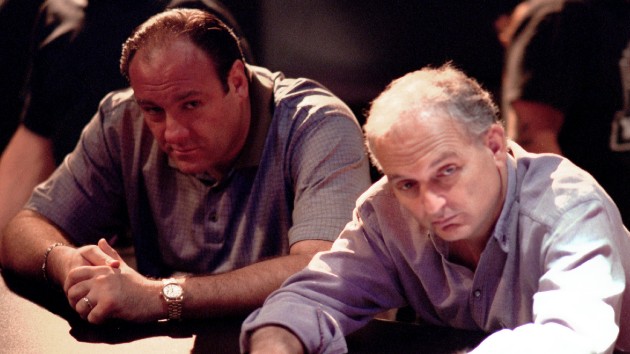 (LOS ANGELES) — (NOTE LANGUAGE) The Sopranos’ creator David Chase is cursing himself — and others — after inadvertently spilling the beans about the show’s closing sequence.

It has been a scene hotly debated since The Sopranos ended its Emmy-winning run on HBO back in 2007: the late James Gandolfini’s Tony Soprano has a quiet meal with his family at the New Jersey diner Holsten’s, with Tony picking Journey’s “Don’t Stop Believin’ from a table-side juke box.

Was it a dream? Was it real, despite hit men on Tony’s heels?

Chase had always called it open to interpenetration — until he accidentally didn’t, in an interview with The Independent about the book The Sopranos Sessions.

Co-author Alan Sepinwall referenced the diner sequence, to which Chase replied, “Yes, I think I had that death scene around two years before the end…Tony was going to get called to a meeting with Johnny Sack in Manhattan…and you never saw him again as he was heading back, the theory being that something bad happens to him at the meeting. But we didn’t do that.”

Co-author Matt Zoller Seitz then replied, “You realize, of course, that you just referred to that as a death scene.”

A “long pause” followed,” to which Chase reportedly said, “F*** you guys.”

At least Tony Soprano will live again — with Gandolfini’s son Michael playing him — in the Sopranos prequel, The Many Saints of Newark, which is slated to be released on March 12, 2021.

‘Not a moment too soon’: Native American community welcomes Cleveland baseball team name change
Bada Bing! ‘Monopoly: The Sopranos Edition’ is here
AnnaSophia Robb talks playing real-life prosecutor in Peacock’s true crime series, ‘Dr. Death’
Clara McGregor shows off fresh face, a month after dog bit her
Mark Wahlberg talks how being a father spurred him to star in and produce the drama ‘Joe Bell’
’13 Reasons Why’ star Tommy Dorfman owns her truth: “I have been privately identifying and living as a woman”