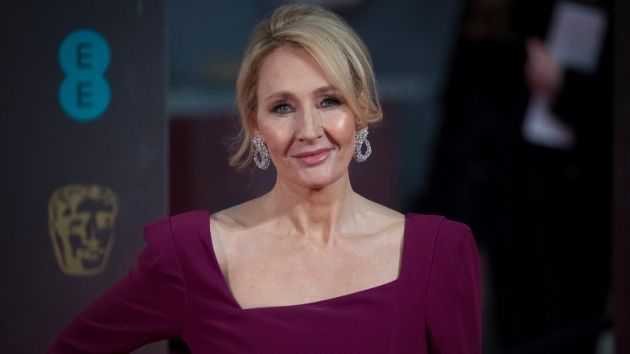 (LONDON) — The fallout over JK Rowling’s anti-trans tweets continued with GLAAD, Emma Watson and the cast of FX’s Pose weighing in on Wednesday, as the Harry Potter creator attempted to clarify her statements.

Rowling, in a lengthy essay on her blog’s website, wrote that it was “time to explain myself on an issue surrounded by toxicity.”

The intensely personal essay continued with Rowling revealing for the first time that she is the victim of domestic and sexual abuse, while detailing the research that shaped her views, and why she is “deeply concerned about the consequences of the current trans activism.”

GLAAD issued a statement that said in part, “[Rowling’s] misinformed and dangerous missive about transgender people flies in the face of medical and psychological experts and devalues trans people accounts of their own lives.”

“She is sowing divisiveness in a time when real leaders are driving toward unity,” the statement continued.

Speaking to Variety on Wednesday, Indya Moore, who plays Angel on Pose, criticized Rowling for “contributing to so much violence through her airing out her thoughts and ideas and opinions” and “contributing to a stigma that is continuing to take our lives today.”

Pose co-creator Steven Canals agreed, telling Variety, “In this moment, her opinion is really harmful and damaging and just not necessary.”

Rowling’s tweets on Saturday drew the immediate ire of her fans, as well as from Harry Potter series star Daniel Radcliffe and Eddie Redmayne, star of Rowling’s Fantastic Beasts and Where to Find Them franchise, among others.