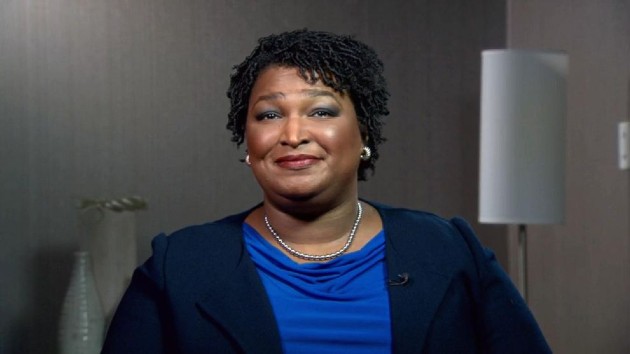 By QUINN SCANLAN, ABC News(WASHINGTON) — Stacey Abrams, the 2018 Democratic gubernatorial candidate in Georgia, said Thursday that Secretary of State Brad Raffensperger “showed a deliberate indifference to the needs of Georgia voters” after Tuesday’s primary election faced numerous problems, from lack of poll workers to issues with the voting machinery. “(Raffensperger) refused to exercise his responsibility to oversee our elections,” Abrams said. “In fact, he said that he had no responsibility for what went wrong, that it wasn’t his fault that he paid for $170 million worth of machinery that he didn’t train people adequately to use.” Abrams and the voter protection organization she founded, Fair Fight Action, were collecting voter testimonials all throughout Election Day and during an election night media availability, she said litigation would be coming and that it would be coming soon. Georgia’s primary election was plagued by problems that left many voters waiting in line for hours, particularly in the state’s largest county, Fulton, which is home to most of the city of Atlanta. On election night, Rick Barron, the director of elections for the county, said they hadn’t “seen anything like this since 2012 in terms of issues on election day.”Barron said many poll workers never showed up and there were several new poll workers. The county was using brand new voting equipment, and Barron said that because of the coronavirus, officials were unable to do sufficient in-person training and instead relied mostly on virtual trainings. That meant the people tasked with operating the new machines weren’t able to get their hands on the equipment, which Barron said led to a lot of confusion on Election Day. He also said sometimes the ballot scanners would jam, and other times it seemed too many machines were plugged into the same circuit, leading to power issues. Barron said the county would be doing “a good post-mortem on this election,” adding, “There will be a lot of room for improvement.” But he also echoed Abrams and others in the Democratic Party who are saying there needs to be accountability from the state’s top election official. Barron said Raffensperger “can’t wash his hands of all the responsibility.”Mid-day Tuesday, Jordan Fuchs, the deputy secretary of state in Georgia, chalked Fulton County’s machine issues up to poll workers’ lack of training, saying she would go with inspectors to investigate and find that the equipment worked fine, but the poll workers didn’t understand how to use it properly.Raffensperger has skirted nearly all responsibility for the problems on Election Day, saying it’s up to the counties to conduct a successful election. In the midst of Election Day, he called for an investigation into both Fulton DeKalb Counties’ problems, and then on Wednesday he announced he would be proposing legislation to the state legislature that would give his office “greater authority to directly intervene.” “We are here to protect every voter. Republicans, Democrats and Independents deserve well run elections. That is why we are proposing to the General Assembly legislation that will enable the state to intervene and look into failing elections offices, when it’s clear there are continued failures,” Raffensperger said in a statement.Copyright © 2020, ABC Audio. All rights reserved.