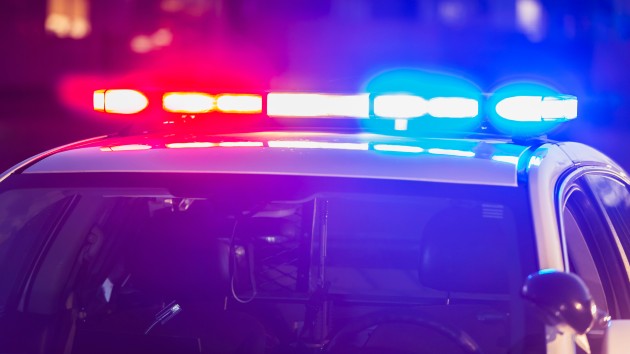 By KELLY MCCARTHY, ABC News(NEW YORK) — As Black Lives Matter supporters push for justice in the wake of George Floyd’s death, more police footage is being released that details the deaths of other black men in police custody.Police footage from March 28, 2019, was released on Monday by the Austin Police Department, showing an encounter between Williamson County Sheriff’s Office deputies and Javier Ambler in his final moments.According to police, Ambler failed to dim the headlights of his Honda Pilot as he drove past a sheriffs deputy, who then pursued him for 22 minutes due to the minor traffic violation, Austin ABC affiliate KVUE-TV reported. The incident ended when Ambler, 40, crashed north of Downtown Austin, Texas.In the newly released video, the father of two could be heard saying, “I cannot breathe,” several times before he became unresponsive and was later pronounced dead at the hospital.Records first obtained by the KVUE and the Austin American-Statesman showed that officers used stun guns on Ambler “at least three times, even as he told them multiple times that he had a heart condition,” KVUE reported.Ambler’s cause of death was listed by medical examiners as “congestive heart failure and hypertensive cardiovascular disease associated with morbid obesity ‘in combination with forcible restraint,"” according to a report with the Texas Attorney General’s office.The report did not include any additional details about Ambler’s autopsy, but records showed that he did not appear to be intoxicated by drugs or alcohol.Ambler’s mother Maritza said “I can’t have any closure,” in an emotional recent interview with KVUE. “I need to know — what happened to my son?”“Dads should not have to bury their sons,” his father Javier Ambler Sr. said.The most serious crime Ambler would have faced before his death would have been for evading arrest, which is listed as a low-level felony, according to the police documents.After initially being ruled as “justifiable homicide,” Ambler’s death is now under new investigation by the Austin Police Department’s special investigations unit and the civil rights division of the Travis County District Attorney’s Office.In the meantime, police in Oklahoma City, Oklahoma, pressed by Black Lives Matter supporters, released body camera video of a deadly incident between officers and a black man who was heard saying “I can’t breathe,” in May 2019.Oklahoma City ABC affiliate KOCO-TV obtained the newly released 87 minutes of footage, 13 months after Derrick Ollie Scott’s death in police custody.On Monday, Oklahoma City police officials released a statement that the medical examiner’s report stated there was no fatal trauma and the manner of death was ruled as unknown.The cases of Ambler and Scott are among those police-involved deaths being revisited as a result of protests around the country calling for police department reform.Christy Lopez, a professor at Georgetown University Law, explained to ABC News that the notion of defunding police does not mean stripping away law enforcement budget.”Defund the police does not mean zero zero out public safety budgets. What it means is taking money from law enforcement and reallocating it — to the public services and programs that can do a more effective job at protecting our public safety,” Lopez said.