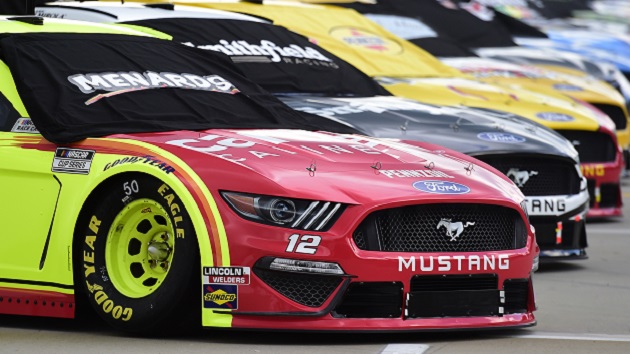 By KELLY MCCARTHY, ABC NEWS(NEW YORK) — The infield and grandstands will look very different at NASCAR races after the sport announced it has banned the presence of the Confederate flag at all events.NASCAR released a statement on Twitter Wednesday, saying, “The presence of the confederate flag at NASCAR events runs contrary to our commitment to providing a welcoming and inclusive environment for all fans, our competitors and our industry.”

— NASCAR (@NASCAR) June 10, 2020 The flag has long been displayed at races on camper trailers, RVs, coolers and even hats of NASCAR fans since the sport’s inception.The flag, also known as “stars and bars,” was used by the Confederacy after seceding from the Union in 1861 — prompting the Civil War — in a bid to uphold slavery.”The Sons of Confederate Veterans adopted the flag as a symbol of Southern heritage but the flag also served as a potent symbol of slavery and white supremacy, which has caused it to be very popular among white supremacists in the 20th and 21st centuries,” according to the Anti-Defamation League.NASCAR’s announcement comes on the heels of calls for racial justice and systemic change around the county in the wake of George Floyd’s death.Bubba Wallace, the only black driver in NASCAR’s highest level, had called for the flag to be banned from events earlier this week.This is a developing story please check back for updates.Copyright © 2020, ABC Audio. All rights reserved.