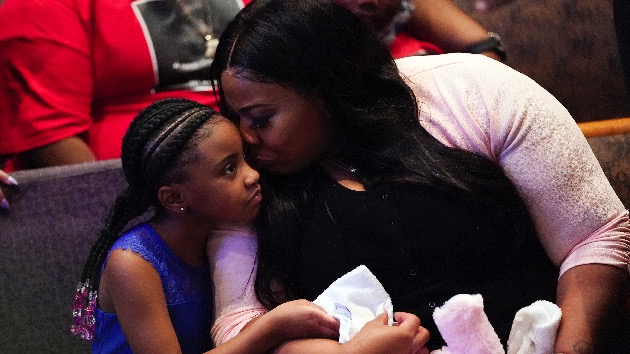 By NICOLE PELLETIERE, ABC News(HOUSTON) — Texas Southern University is honoring the memory of George Floyd by providing a full scholarship for his 6-year-old daughter, Gianna.TSU announced the offer Tuesday on its website as thousands of mourners, family and friends gathered in Houston, where Floyd grew up, to lay him to rest.”This Board is committed to education and understands that a college degree is one of many powerful steps toward a productive and successful life,” said Albert H. Myres, chair of the Board of Regents. “We know that this gesture cannot take the place of her dad’s loving presence, but we hope that it will contribute to easing her journey through life.”Floyd was born in North Carolina though lived most of his life in Houston, where he graduated from Jack Yates High School near TSU.Floyd later moved to Minneapolis, where he died May 25 after he was pinned down by police officer Derek Chauvin.Following his death, demonstrations in Minnesota spread across the nation with protesters calling to end police brutality.In a recent interview with Good Morning America, Gianna Floyd said she wants people to know, “I miss him.”Her mother, Roxie Washington told GMA Floyd just wanted Gianna “to have the best.”In a nod to strengthen Floyd’s legacy, TSU said, it’s offering “an educational pathway for his daughter.”TSU chairman Gerald Smith said the scholarship for the child will be privately funded.Copyright © 2020, ABC Audio. All rights reserved.

Help or ‘get out of the way,’ Biden says to governors on combatting pandemic
Biden, under pressure, says CDC to announce new action to limit evictions
CBP encounters highest monthly number of migrants attempting to cross border since 2000
DOJ officials rejected colleague’s request to intervene in Georgia’s election certification: Emails
Jack Whitehall says character’s “coming out” scene in ‘Jungle Cruise’ was important “to get right”
The Property Brothers reveal what inspired them to evolve and improve their brand over the years