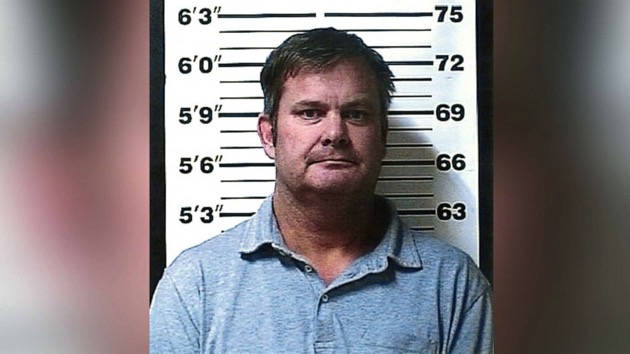 By ELLA TORRES, ABC News(REXBURG, Idaho) — Officials announced on Wednesday that Chad Daybell, the husband of an Idaho mother suspected in her kids’ months-long disappearance, has been charged with two felony counts of destruction, alteration or concealment of evidence.The charges were announced after police confirmed finding two sets of unidentified human remains at Daybells’ property. Rexburg police had searched the property Tuesday and said they found what they believed to be unidentified human remains.Autopsy results are pending, police said.Daybell, 51, is set to be arraigned at 11 a.m. local time in Fremont County, Idaho.Daybell, who was taken into custody Tuesday on an unspecified felony charge, is the husband of Lori Vallow, who’s facing five charges — two felony counts of desertion and nonsupport of dependent children and one misdemeanor count each of resisting and obstructing an officer, solicitation of a crime and contempt — in her children’s disappearance. Vallow, 46, is currently in jail on $1 million bond. Joshua “JJ” Vallow, 8, and Tylee Ryan, 17, were last seen in September 2019 and were reported missing by extended family members to police in November 2019.The case has long been shrouded in mystery. Vallow left for Hawaii in December 2019 with Daybell, whom she recently married, about three months after her children were last seen and a day after authorities conducted a welfare check on the children. She was arrested on Feb. 20 in Kauai.Authorities learned that Tylee was last seen alive on Sept. 8, in Yellowstone National Park, prompting the FBI to ask anyone who visited the park that day to come forward with photos and videos, which can be uploaded to FBI.gov/Rexburg.JJ was last seen alive in Rexburg, where the family lived, on Sept. 23, according to authorities.Daybell had previously told ABC News that “the kids are safe,” but did not elaborate.Kay and Larry Woodcock, the grandparents of the missing children, issued a statement Tuesday after police said they found what were believed to be human remains.”We got this news early this morning that Police and FBI had served a search warrant at Chad Daybell’s property and have been in touch with law enforcement throughout the day,” the Woodcocks said in a statement. “We were notified that law enforcement had discovered human remains on the property. This is obviously a very difficult time for our family, and we ask that you respect our privacy as we wait further news with heavy hearts.”The Woodcocks have not issued a statement since police confirmed the findings.This is a developing story. Please check back for updates.Copyright © 2020, ABC Audio. All rights reserved.