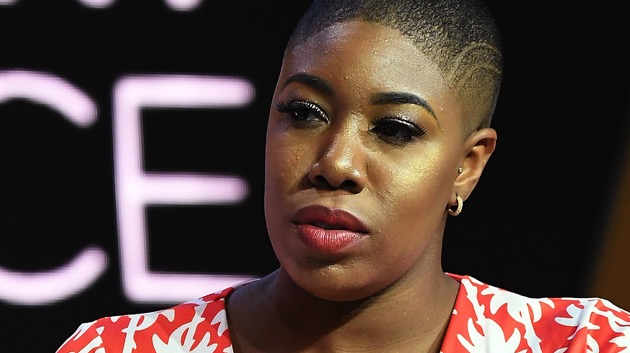 By MOLLY NAGLE and JOHN VERHOVEK, ABC News(NEW YORK) — Amid nationwide protests sweeping the nation calling for systemic change following the death of George Floyd in Minneapolis at the hands of police, former vice president and presumptive Democratic Nominee Joe Biden is aware of the increased calls for him to choose a woman of color as his running mate, according to Biden’s senior adviser, Symone Sanders.”He absolutely is. He hears the concerns of folks across this country who have asked for an African American woman vice president running mate, but also folks from the Latino community have said he should pick a Latina. There are folks that believe he should pick someone that represents the LGBTQ+ community,” Sanders said in an appearance on ABC’s The View on Wednesday.“Your points are well taken, and I will have to tell you that if you were to ask Joe Biden today, he would say he doesn’t know who he’s going to pick, but he can promise you that the person he will pick will be ready to govern on day one, will mirror the relationship he and President Obama had, and it could be a black woman but we just don’t know yet. We’ll have to wait and see,” Sanders added.The campaign is also seeking to draw a sharp contrast with President Trump as calls for tangible police reform grow, and Sanders argued Wednesday that the president had “abdicated” leadership on the issue and is instead “hiding in a bunker,” a reference to reports that Trump was taken to a secure location in the White House due to growing protests in the vicinity of the complex earlier this month.“We believe that Donald Trump has abdicated his position of leadership. When Vice President Biden was out touring the unrest that happened in his own city just a couple miles from where he lived in Wilmington, Delaware last week, where was Donald Trump? He was in a bunker…hiding in a bunker,” Sanders said.Sanders also pointed to criticism of Trump from former top defense officials like former Defense Secretary James Mattis as evidence that there is a growing attitude even among Republicans that the president must be defeated in November.“Long-standing Republicans are speaking out. People who said they would never speak out before. Mattis said he was going to stay quiet…he wasn’t expecting people to come out and say something this earl. But Donald Trump’s own actions have brought folks whom people probably never thought would speak up, or speak out against him to do so in this moment,” Sanders said.The protests have also brought Biden back on to the physical campaign trail after months of virtual campaigning due to the coronavirus pandemic, with the former vice president holding meetings with community leaders and giving remarks to address the simmering frustrations across the country.In his appearances, Biden has sought to pitch himself as a unifying figure to lead the country amid the turmoil of protests and fallout from the health and economic impacts of COVID-19 still impacting the country.”I see you. I hear you, and I’m angry as well. We have to turn our anguish into purpose and use this moment to finally drive real change into our laws and institutions in our culture. Now as I said history teaches us that out of some of our darkest moments we made our greatest progress,” Biden said during a campaign event with young Americans last week.Biden has also traded fire with President Trump over his handling of the protests, calling Trump “part of the problem,” and criticizing his incendiary words and actions, particularly around his use of force to clear a peaceful protest near the White House last week.For his part, Trump has tried to tie Biden to the “defund the police” movement that has gained traction among some progressive Democrats in the wake of the country-wide protests — a movement Biden has said he does not support.”While I do not believe federal dollars should go to police departments that are violating people’s rights or turning to violence as the first resort, I do not support defunding police. The better answer is to give police departments the resources they need to implement meaningful reforms, and to condition other federal dollars on completing those reforms,” Biden wrote in an op-ed Wednesday. Copyright © 2020, ABC Audio. All rights reserved.