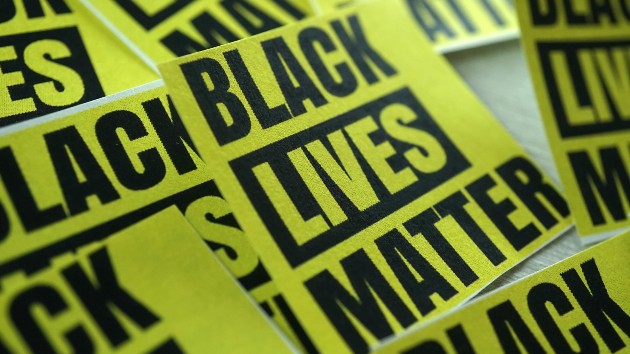 By CATHERINE THORBECKE, ABC News(NEW YORK) — As the nation is rocked by the killing of George Floyd, companies large and small have responded through marketing or social media campaigns to affirm their commitment to the Black Lives Matter movement — a move that has been met with skepticism.”These statements are a sign of defensiveness more so than an indication that they are proactively working to deconstruct racism in this country,” Andre Perry, a fellow at the Brookings Institution whose work focuses on economic inclusion told ABC News.”It is also a sign that they understand that consumer mindsets have changed, that all it takes is a few tweets to significantly put a dent in a company’s sales,” he added.  Perry slammed much of corporate America’s involvement in Black Lives Matter as “a lot of performative-type initiatives that don’t change the core competencies of the company, but just provide some window dressing to compel people to buy their products.”While “for so long it paid to be racist” and “commercials often preyed on the perceived threat of black people,” Perry said companies are now starting to realize that the opposite is selling.Even as the marketing and front-facing campaigns from brands have realized this, Perry said the statements ring hollow if black people aren’t being treated equitably at work or are virtually nonexistent in company boardrooms.”I would like to see companies juxtapose their statements with pictures of their corporate boards,” he said. “Have a picture of your board attached to those statements so they can see how incredulous some of these statements are.”Ultimately, Perry said, “companies are selling you something.””You don’t know and you can’t know about the sincerity of their statement, that is revealed over time,” he said. “Because companies are very adept at understanding how markets shift and how attitudes shift, we should not assume a statement means that a company has changed.”

Look for ‘cost signals’Cait Lamberton, a professor of marketing at the University of Pennsylvania’s Wharton School of Business, told ABC News that consumers should be paying attention to the cost companies are incurring with their commitments to racial equity, rather than their words.”If brands aren’t willing to pay some kind of specific, meaningful price to back up their statements, we shouldn’t believe them,” Lamberton said.The Black Lives Matter movement is “obviously top of mind for many consumers,” she said. “It’s so top of mind that brands can’t really stay out of the conversation.”The quick action to put out statements this time around makes sense, because once every brand starts speaking, it makes it “virtually impossible for brands to stay silent without their silence having a meaning,” Lamberton said.”Brands in the past that have not taken this kind of position and now are rushing to take this position are going to be questioned,” she said. “Consumers don’t react to things that are seen as inauthentic.””I think that brands have to take a position but they have to take a position that is backed up by some sort of action,” she said. “Signals that are most believable are cost signals.””It’s very easy to say these things and not make any changes in the way a company operates,” she said. “These firms have enormous resources at their disposal, right now they may be looking at ways to be on the right side of this discussion without incurring any cost.”While she said she believes these actions are rooted in good intentions, “I think it is also a strategic decision to not be on the wrong side of this conversation.”Lamberton said an underrepresentation of people of color in the marketing world may be contributing to “tone deaf” reactions and statements about the movement.”We can look at the representation of black men in advertising and see that it is far lower than it ought to be if advertisers are trying to represent the United States as a whole,” she said.”Companies are always behaving strategically, it’s what they do, one would never take these statements in complete naïveté and say they are spontaneous expressions of goodwill,” she said. “A firm expects that this is a smarter thing to do for their bottom line.””The extent to which their ultimate goal has to do with increasing social justice remains to be seen,” she added.Lamberton said that while there are some very well intentioned individuals in the business world, until they start incurring actual costs, “it’s very hard to distinguish between a company’s self-serving actions and a real commitment to social justice.”Consumers, however, have a lot of power in these instances and can push brands to be “much more specific about what they are going to do when they say they stand with a movement,” according to Lamberton.”I would say that consumers can play a very important role here by continuing to push for action, continuing to ask exactly what a firm means when they make these statements, continuing to hold them accountable,” she said.”This is a moment for consumers to feel very empowered and to speak back to these statements,” she said. “I would hope that right now we all find a way to be a part of that conversation.”

‘This is a serious movement, it’s not a marketing ploy, it’s not Kendall Jenner offering a Pepsi to the cops’Hitha Herzog, a retail analyst and the chief research officer at investor data firm H Squared Research, called the Black Lives Matter movement a “watershed moment” for America both politically and culturally.”I understand why they [companies] would want to come out and publicly acknowledge the movement and acknowledge they are allies,” she said. “I think the real work, though, comes from making sure that is sustained and how they really create opportunity for people who may not have that opportunity.””Having a front-facing allyship really doesn’t make a difference unless they can make sure that those opportunities are available,” Herzog continued.”I understand the speed to market with this they want to come out with a statement quick, but this is a serious movement, it’s not a marketing ploy, it’s not Kendall Jenner offering a Pepsi to the cops,” she said. “It’s changing the way we do business and it’s changing the way opportunity is being presented to people.”Herzog added that increased transparency from the private sector is key.”When it comes to companies making sure that this isn’t perceived as a marketing ploy and they actually care, really look inside the way that your organization is structured, there has to be transparency and then transparency times ten,” she said.She said she would recommend to companies that “instead of looking at this as a way to connect with their younger customers, really be a part of the solution and not the problem.””Corporate America has a very large responsibility to make sure that they are at the very least listening, if they really want to have impact and be effective, it’s all about greater transparency,” she said.While posting a black square on a company’s Instagram is “a great show of showmanship,” Herzog said it rings hollow “unless you are doing the work and putting a plan in place and implementing that plan.””Showmanship doesn’t really have an impact,” she said. “Now I think people want to see the plan.” Copyright © 2020, ABC Audio. All rights reserved.